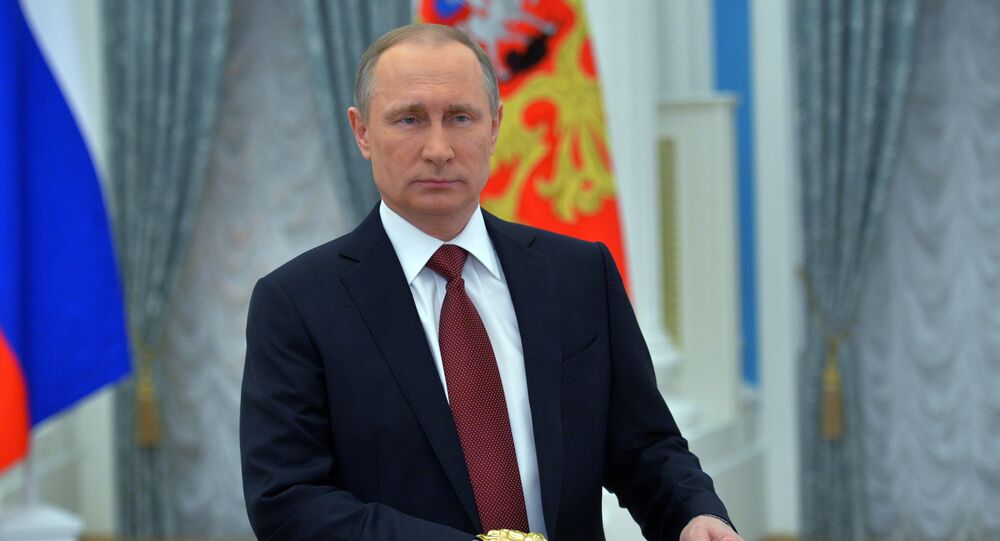 © AFP 2021 / JUSTIN TALLIS
WADA to Enhance Protection Program for Doping Whistleblowers
MOSCOW (Sputnik) — Achievements of the majority of Russian athletes cannot be called into question, as they have nothing to do with doping, Russian President Vladimir Putin said Wednesday.

Putin's words come after earlier in March, tennis player Maria Sharapova, Russia's five-time Grand Slam champion, admitted to having tested positive for meldonium, which is considered to be a metabolic modulator that increases athletes' endurance. The substance was also found in a blood test taken from Russian figure skater Ekaterina Bobrova. On Thursday, Russian biathlonist Eduard Latypov failed a drug test for meldonium.

"We are proud of the achievements of our athletes, and their results cannot be called into question because of any scandals. Especially since the vast majority of our athletes behave with dignity and have nothing to do with any prohibited drugs," Putin said.

© Sputnik / Grigoriy Sisoev
Lavrov: WADA Must Deal with Russia's Doping Issue Professionally, Without Propaganda
It is necessary to do everything possible to prevent such incidents from happening again, the president said.

"We have repeatedly stated that we categorically oppose any kind of doping. Sports should remain an arena of fair competition," Putin said.

Meldonium, also known as mildronate, was developed in Latvia in the 1970s as an anti-ischemia medication, as well as to help treat diabetes. The World Anti-Doping Agency added the drug to the list of banned substances on January 1, 2016.

A number of athletes have confirmed they had been using the medication for health reasons long before it was banned.