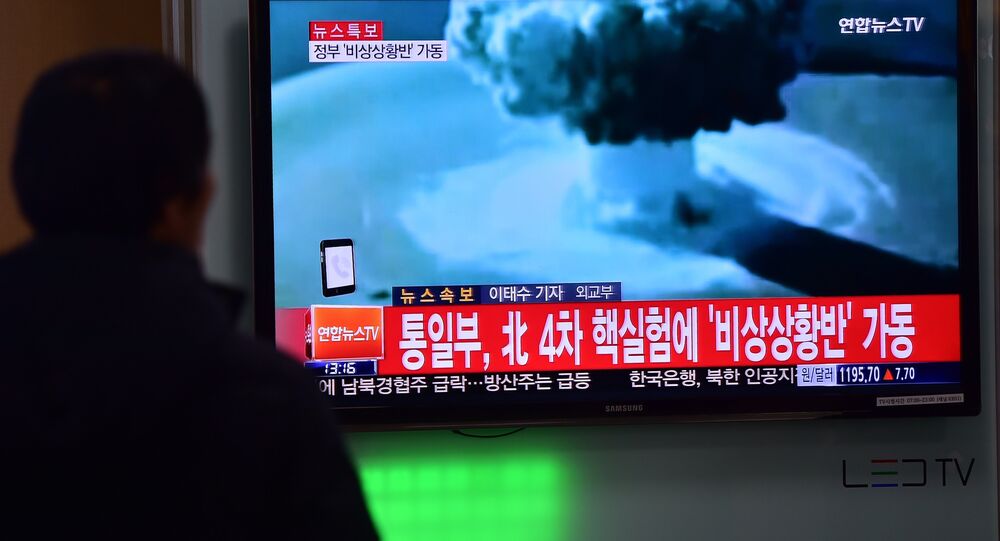 The Russian and the Chinese foreign ministers voiced concern in regard to the possible deployment of US THAAD in response to North Korea's nuclear ambitions.

Since the beginning of 2016, North Korea has conducted a nuclear test, its fourth to date, and launched a long-range rocket, in defiance of UNSC resolutions.

“Both sides have confirmed the common line on insisting on the regime of non-proliferation and we do not acknowledge North Korea’s nuclear ambitions,” Lavrov said during a joint press conference in Moscow with Chinese Foreign Minister Wang Yi.

© REUTERS / KCNA
North Korea Fires Two Ballistic Missiles Off Country's East Coast - Reports
Lavrov said that North Korea’s nuclear ambitions and the development of its missiles should not become a pretext for the United States to deploy air defense systems to the region as this would create more tension.

“Russia and China are against <…> a growth in tension in the region <…> and that this is not used as a pretext for destabilizing the region with arms, including plans to deploy [US] air defense systems,” Lavrov said.

Wang echoed Lavrov’s concerns in regard to the possible deployment of air systems in the region.

“We are extremely against the deployment of US THAAD anti-missile systems in South Korea under the pretext of the nuclear issue on the Korean Peninsula. We believe that this will directly damage the interests of Russia and China’s strategic security,” Wang said.