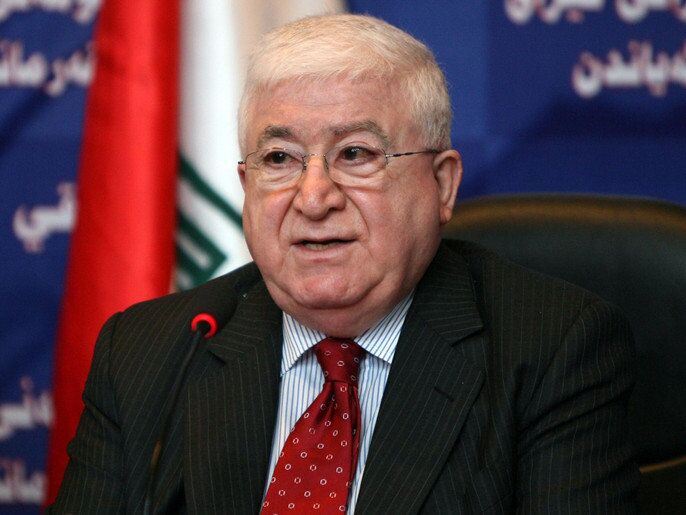 President Fuad Masum said that Iraq is not against the Russia-Iran-Syria coalition fighting against terrorism.

© AP Photo /
Iraq Striving to Expel All Terrorists from Country, Praises Russia's Help
CAIRO (Sputnik) – Iraq is not against the Russia-Iran-Syria coalition fighting against terrorism, but it does not mean Baghdad’s support for the Damascus government, President Fuad Masum said.

"The danger of Daesh [Islamic State militant group, banned in Russia] is the major danger, first of all, for Iraq and Syria. We are in no way against the existing coalition between Russia, Iran and the Syrian government. This does not mean that we support the existing regime [Damascus government], but countering terrorism comes before, it is more important," Masum told RIA Novosti.

The president said that even though Russia and Iraq had good relations, Baghdad did not join the coalition.

"We did not join [the coalition] but we coordinate via the [information] center between those three countries which is in Baghdad," Masum said.

Since September 30, Moscow has been conducting pinpoint airstrikes in war-torn Syria on the positions of the Islamic State at President Bashar Assad's request.

At about the same time, Russia, Syria, Iraq and Iran created the Baghdad Information Center to coordinate joint military action against the IS. The four countries are represented by officers of the national armed forces, whose primary task is to collect and analyze data related to militant operations in the region.

An international US-led coalition has been launching airstrikes against the group in both Syria and Iraq since 2014.