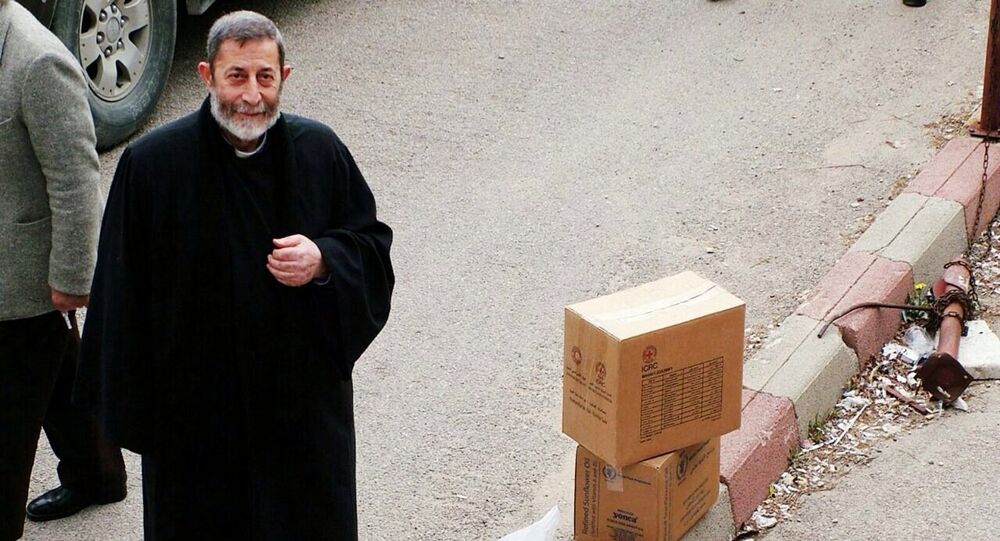 The International Committee of the Red Cross (ICRC) commended Russia's part in the deliveries of humanitarian aid to besieged areas of war-torn Syria, the Russian Foreign Ministry said on Friday.

MOSCOW (Sputnik) — Earlier in the day, Russian Deputy Foreign Minister Mikhail Bogdanov met with Regional Director for the Middle East at the ICRC Robert Mardini. The sides discussed humanitarian aspects of the situation in the Middle East and North Africa, particularly, in Syria, Libya and Yemen.

"In this context, the ICRC appreciated the role of Russia, including that in the framework of coordination with other members of the International Syria Support Group and the Syrian Government, to promote international efforts for the delivery of humanitarian aid to the besieged population centers in Syria in accordance with the UN Security Council resolutions 2254 and 2268, " the ministry said in a statement.

© Sputnik / Ilya Pitalev
Over Twenty Tons of Russian-Syrian Humanitarian Aid Delivered to Hama Province
Russia has been providing humanitarian assistance to some of the Syrian areas besieged by extremist forces, as well as assisting international coordination and aid agencies.

According to the statement, both sides noted the urgent need to ensure conditions for the delivery of humanitarian assistance to people in need.

Shortly before the meeting with the Russian diplomat, Mardini said he might submit a draft proposal, which involves the negotiations on the greater contribution of Russia to the ICRC's tasks in Syria.

© Sputnik / Ali Abrahim
Helping Hand: Russian Military Delivers Six Tonnes of Humanitarian Aid to Syrian Towns
Syria has been in a state of civil war since 2011, with the army loyal to President Bashar Assad fighting several opposition factions and militant groups, including Daesh, which is outlawed in Russia and many other countries.

Last December’s UN Security Council Resolution 2254 seeks to end bombardments in Syria, and demands humanitarian access to the besieged towns. The UNSC Resolution 2268, which was based on an agreement reached by Russia and the United states, and unanimously adopted by the Council, provides for the ceasefire in Syria. The accord took effect on February 27, with the ceasefire generally holding across the country despite reported minor violations.