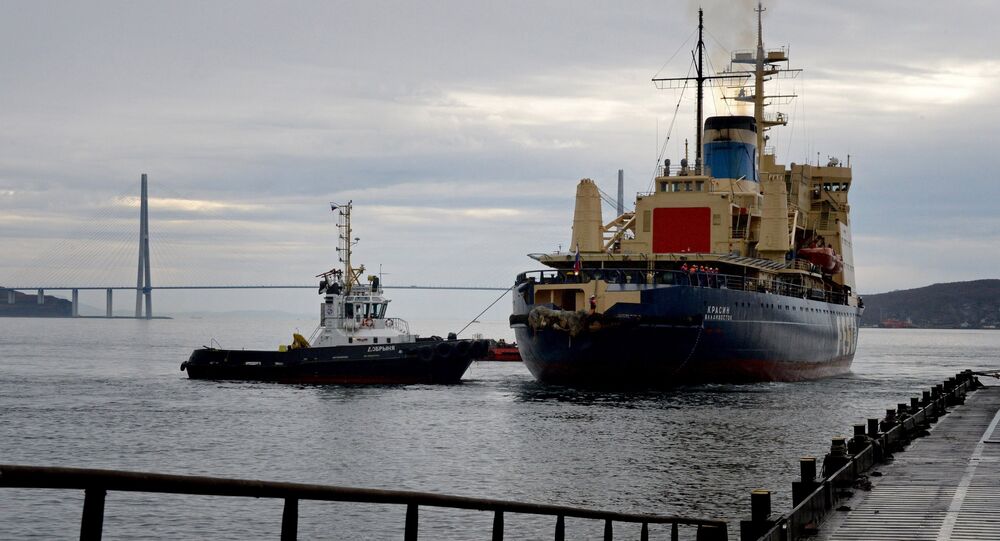 Russian Deputy Prime Minister Dmitry Rogozin said that the Northern Sea Route should be progressed in conjunction with the development of sea transport.

© Sputnik / Public Relations Service of the Russian Navy
New Voyages: Warships of Russia’s Northern Fleet to Sail to South Atlantic in 2016
MOSCOW (Sputnik) –There is no alternative way for Russia to access the World Ocean than through Northern Sea Route (NSR), in light of the deteriorated relations with Turkey, Russian Deputy Prime Minister Dmitry Rogozin said Friday.

"Given the current situation in the Black Sea, with strained relations with Turkey, Russia needs a reliable, free and, most importantly, year-round access to the open ocean. In this respect, in my opinion, there is no alternative to the NSR," Rogozin said during a session of the Russian Federation Council.

Relations between Russia and Turkey have been strained since Ankara shot down a Russian Su-24 plane because the fighter jet allegedly violated Turkish airspace. Russia has denied allegations and imposed a set of economic measures against Turkey in retaliation.

© AFP 2021 / DANIEL MIHAILESCU
NATO's 'Cold War 2.0' Rhetoric Threatens to Give Aggressive Turkey a Free Hand
The Deputy Prime Minister added in his address that the Northern Sea Route should be progressed in conjunction with the development of sea transport, to ensure that the NSR's capacity to transport goods is utilized.