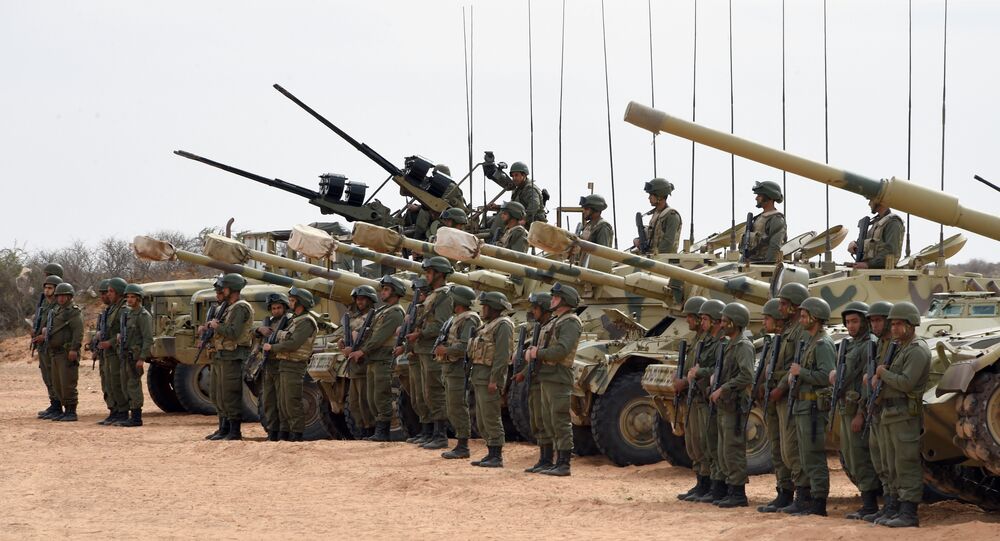 According to defense ministry spokesman, Tunisia's participation as an observer in the ongoing drills in northern Saudi Arabia does not mean the country is going to participate in any foreign military operations.

© AFP 2020 / FETHI BELAID
Tunisia to Boost Arms Procurement to Combat Terrorism - Envoy to Russia
MOSCOW (Sputnik) – Tunisia's participation as an observer in the ongoing drills in northern Saudi Arabia does not mean the country is going to participate in any foreign military operations, the country’s defense ministry spokesman told Sputnik on Friday.

"Tunisia will not participate in any military operation outside of the country’s borders. We have already said that we would only participate in the Northern Thunder exercises as an observer," spokesman Belhassen Oueslati said.

The Northern Thunder military exercises in Saudi Arabia, in which 21 countries are participating, began on February 14. They include ground troops and air forces from Egypt, Sudan, Jordan, and a number of other Arab and Islamic countries that form part of the Saudi-led coalition against terrorism.

"The presence of our observers does not equate to a decision to participate in any foreign military operation. We cooperate with all countries according to the needs of Tunisia, which has encountered the terrorist threat, but Tunisia has a policy of not taking part in any military operation outside its borders," Oueslati stressed.

Last year, Tunisia was shaken by two terrorist attacks — at the Tunis Bardo National Museum in March and at a beach resort in the town of Sousse in June. The two shootings, carried out by Islamists, together killed about 60 civilians, mostly foreign tourists.

In mid-December, Saudi Arabia assembled a coalition of 34 Muslim nations to fight against Islamic extremism with a joint operation command center in Riyadh.