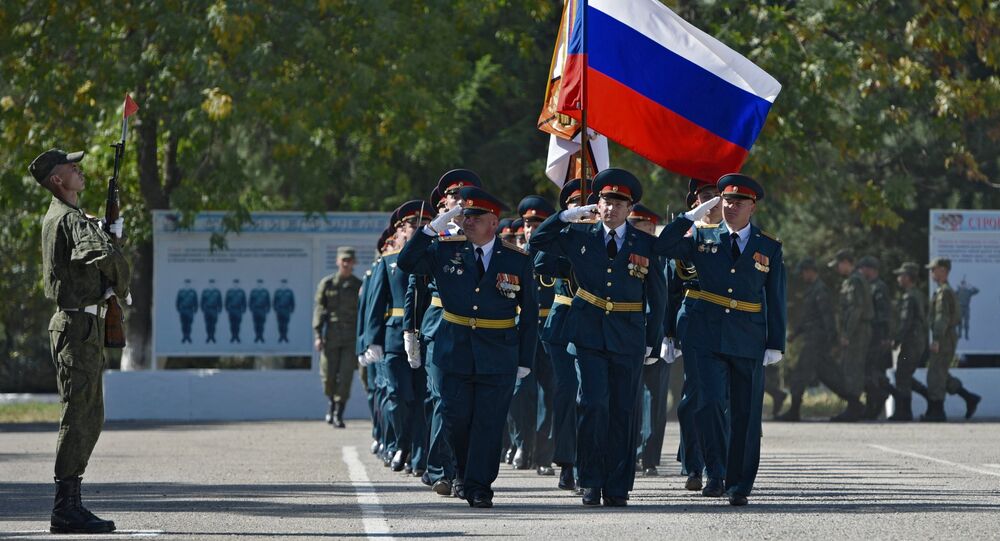 Russia Military Base Reduction in Tajikistan Not to Affect Combat Capacity

Russian ambassador to Tajikistan Igor Lyakin-Frolov said that structural changes of Russian military in Tajikistan's base 201 will allow to achieve greater mobility by reducing staff numbers.

"Not withstanding the objective process of optimizing the structure of Russian Military Base 201, its conversion to a brigade structure won't affect the unit's combat capacity in any way. Moreover, such structural changes will allow us to achieve greater mobility by reducing staff numbers," Lyakin-Frolov told RIA Novosti.

Ruben Diaz
Seven Daesh Members Sentenced to Jail for Terrorism in Tajikistan
Base 201 is Russia's largest deployment outside the country. Signed in October 2012 by the two presidents, the agreement allows the Russian forces to be deployed in Tajikistan until 2042.

Until December 2015, parts of Base 201 had been located in Dushanbe, Qurghonteppa and Kulob. In early December, the 149th Russian motorized rifle regiment was relocated from Kulob to Dushanbe and to Lyaur firing range, that is 30 kilometers south of Dushanbe. It is planned that this year it will be converted from a divisional structure into a brigade.

Tajikistan to Get 830,000 Tonnes of Russian Petroleum Products in 2016