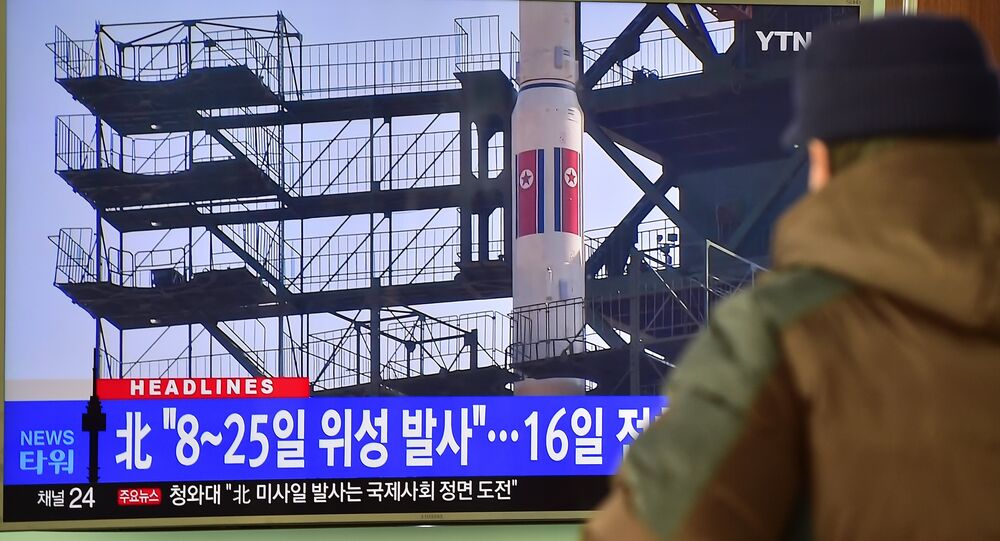 Russian Deputy Prime Minister Dmitry Rogozin slammed the allegations that Russia had passed on technologies of rocket production to North Korea, as the latter carried out a rocket launch.

MOSCOW (Sputnik) — On Sunday, North Korea announced a successful launch of a satellite atop a long-range rocket. The South Korean media later reported that some parts of the rocket could have come from Russia.

In an interview with the Kommersant newspaper on Monday, Rogozin called the allegations of Moscow passing technology onto Pyongyang "complete nonsense and drivel, which is not even half-percent true."

"We accurately monitor the adherence to non-proliferation of missile technology, an export committee led by me has never given such permits for North Korea," Rogozin stressed.