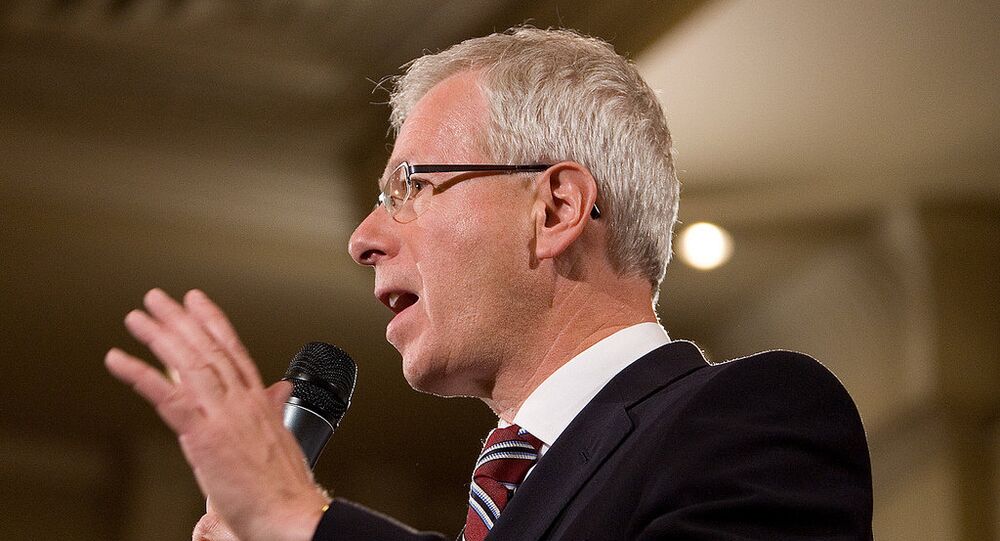 Canada’s Foreign Minister Stephane Dion promised to resolve the visa issue with Mexico after a meeting with Mexican Secretary of Foreign Affairs Claudia Ruiz Massieu and US Secretary of State John Kerry in Quebec City.

© Flickr / US Department of Agriculture
What's Your Beef? Mexico, Canada Prepare for Trade War With US After Court Ruling
MEXICO CIT (Sputnik) – Under Canada’s policy introduced in 2009 by the government of former prime minister Stephen Harper, Mexican citizens visiting Canada are required to obtain a visa.

Mexican President Enrique Peña Nieto has been pushing for the visa requirement to be lifted.

"The visa situation between Canada and Mexico will be resolved, finished, kaput," Dion said at a press conference on Friday, as quoted by The Wall Street Journal.

According to Huffington Post Canada, Canada's foreign minister confirmed to reporters that the visa requirement would be lifted, but gave no specific time frame.

Mexico’s foreign minister did not address the issue.

Canada Squeezing Out Mexico in Heavy Crude Oil Delivery to US: Reports