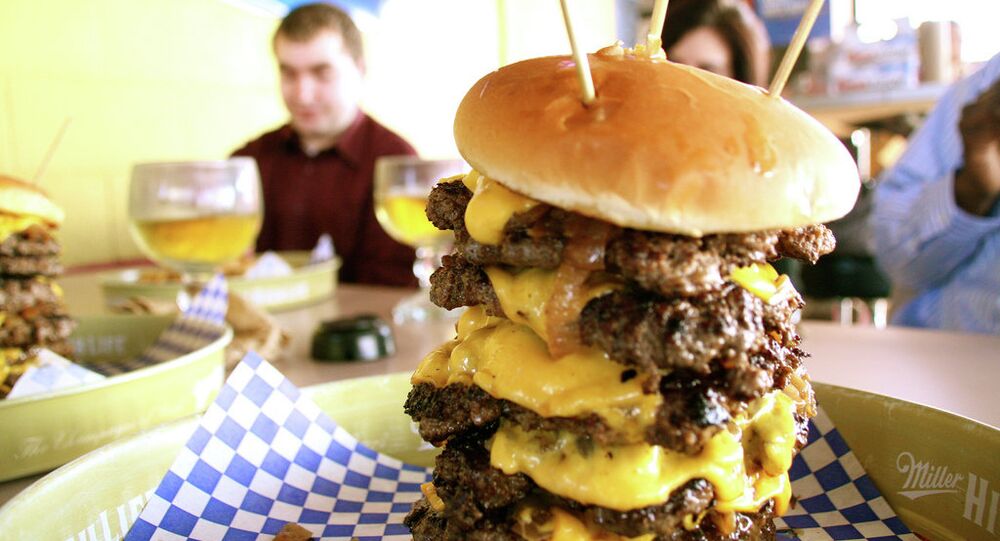 Unhealthy food choices may not just damage the microbiotic population of your own gut bacteria, but may make it impossible for your kids and grandkids to restore gut health, a new research revealed.

Did you ever comfort yourself with the thought that you can start over and change your eating habits anytime? Sadly, this is no longer an excuse. A new study, published in the journal Nature on Wednesday, shows that you and your children may not be able to recover from the harm inflicted by food deficient in fiber. Eating yogurts daily won't change anything, according to the report, once the damage is done.

© AP Photo / Achmad Ibrahim
University Returns $1 Million Grant to Coca-Cola Over Questionable Research
The study was conducted by researchers from Stanford, Harvard and Princeton universities. The team of scientists intentionally colonized the guts of laboratory mice with a wide range of microbes from humans, exposing generations of rodents to a low-fiber, high-fat diet.

Even when parent generations were put back on a high-fiber diet, the shortage of gut microbial diversity in younger generations remained in place. Switching successive generations back to a healthier diet didn't help either: it almost killed off essential gut microbes that once had flourished in ancestor generations.

"There are very few ecosystems where low species diversity is a good thing. There's no reason to think our gut is any exception," said the study's lead author, Erica Sonnenburg, PhD, a senior research scientist at Stanford, as cited by Science Daily.

Microbiotic population die-off may drive some of the trillions of species living in healthy human guts to the brink of extinction, scientists say. And if any disease arises from a depleted gut microbiome, consuming more fiber and a course of probiotics may not be enough to manage it.

Say What? People Who Swear and Curse Are Smarter – Study