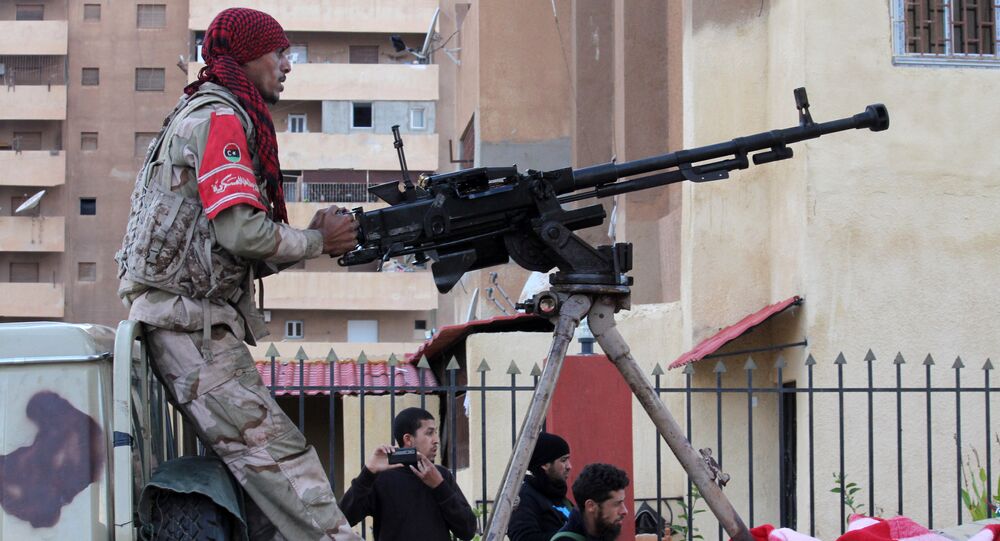 The Libyan Armed Forces' Commander Brigadier General Khalifa Hafter has voiced his country's readiness to cooperate with Russia in fighting terrorism, according to the Iranian news agency FARS.

"We welcome support from Russia in fighting terrorism," the agency quotes Hafter as telling reporters after his meeting with United Nations Support Mission in Libya (UNSMIL) Chief Martin Kobler in the city of Marj, Northeastern Libya.

© AP Photo / John Redman
Will Syria Repeat the Fate of Libya, ‘Which No Longer Exists’?
The military leader assured that if Russia proposes a plan for fighting terrorism in Libya, Tripoli will cooperate with Moscow, adding that “Russians are serious in [the] fight against terrorists”.

Libya is currently run by two main rival governments, which are entangled in a violent, nationwide power struggle. Each side is backed by powerful armed groups which have dominated the Libyan scene since the elimination of the country’s former leader Muammar Gaddafi in 2011.

The country's capital Tripoli, is controlled by a political faction, known as the General National Congress, which was set up after an armed group called Libya Dawn seized the capital, Tripoli, last summer.

The UN-recognized government of Prime Minister Abdullah al-Thinni is based in the eastern city of Bayda; its elected parliament moved from the capital Tripoli to Tobruk.

© AP Photo / File
Moving Closer to Europe: ISIL Sets Its Sights on Expansion in Libya
On Thursday, rival Libyan politicians signed a deal on a unity government despite opposition on both sides, in what the United Nations described as a "first step" towards ending the crisis.

World powers have urged the warring factions to break a political deadlock that has allowed jihadists and people-smugglers to flourish.

Meanwhile, the jihadist group Daesh (also known as ISIL/ISIS) has increased its presence in the Libyan Mediterranean city of Sirte, having apparently established its new base there, where it can “generate oil revenue and plan terror attacks”.