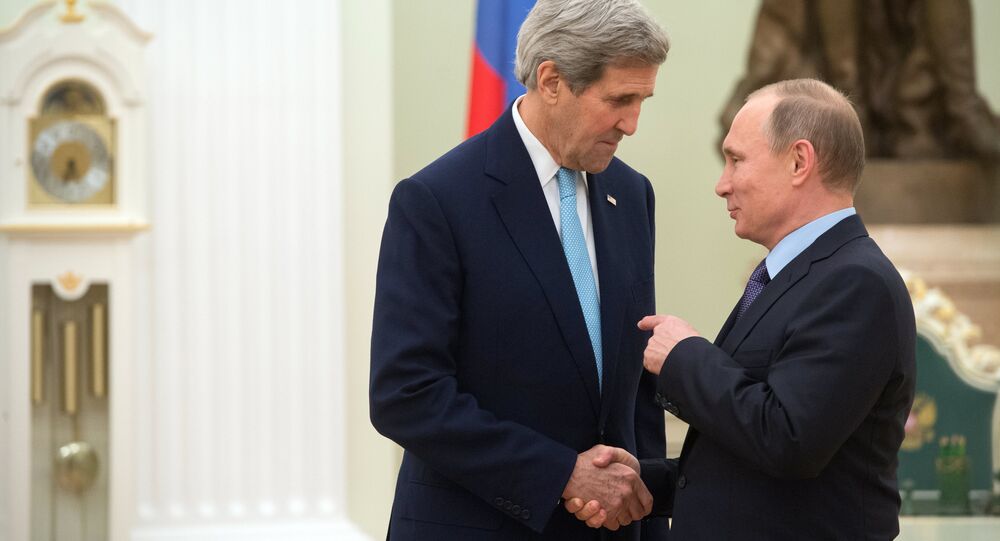 US Secretary of State John Kerry's recent remarks in Moscow demonstrate that the US has “de facto abandoned Washington’s “Assad must go” line”, having surrendered to President Putin; however, “Kerry’s concession buys nothing,” according to an editorial in the New York Post.

The outlet lamented that President Assad was losing “until Putin intervened in October.”

“Russia’s been bombing ever since — hitting ISIS (also known as Daesh) a few times, but mostly the rebels, including those Washington had helped,” it claimed.

© Sputnik / Dmitriy Vinogradov
End of Regime Change? Neocons Rue Kerry's Moscow Visit
However, it says, "team Obama’s answer was first to tut-tut, and then to appease — seeking to negotiate a common front with Putin, in hopes he’d put more teeth into the hapless US degrade and ultimately destroy plan.”

The US focus now, it says isn’t on “what can or cannot be done immediately about Assad” but rather on what it calls “a magical mystery peace process” that will let Syrians make a decision for the future of Syria.

However, the newspaper warns, Kerry’s concession buys nothing, neither from President Assad, nor from Russia, each of whom, it claims, pursues its own purpose.