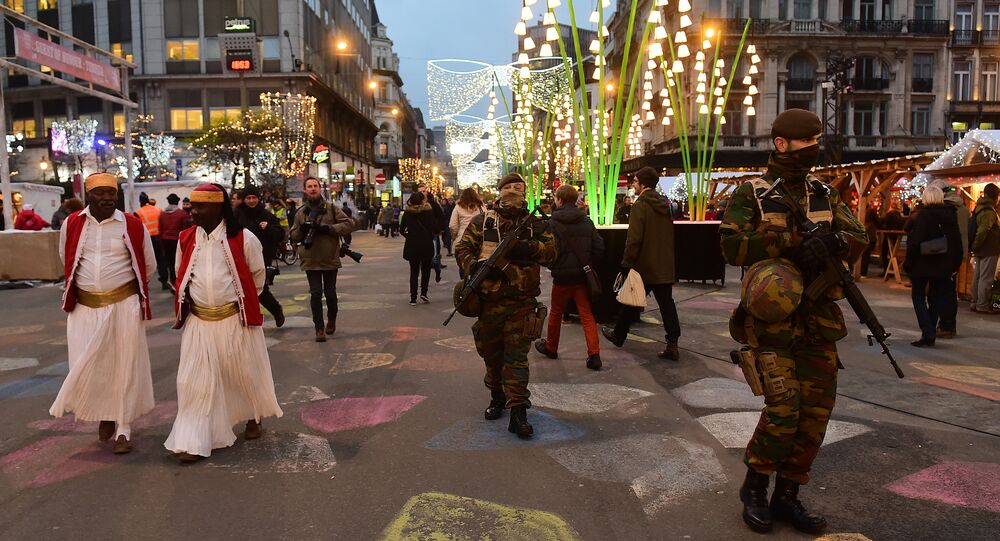 Professor Hickey: Multiculturalism Can Help Keep a Lid on Radicalism

Professor Raymond Hickey of the University of Duisburg-Essen, Germany, believes a policy of multiculturalism that includes the soft assimilation of immigrants is an effective tool for fighting terrorism.

What observations did you share with Russian researchers at the conference?

Which country does best in English?

Canada has many descendants of European immigrants, but they were born in that country and are native English speakers by birth. Their English is impeccable. Aside from countries where English is the mother tongue, Singapore probably does the best in terms of speaking English.

However, the question is whether people who speak English in those countries focus on speaking British or American English, or if they have adapted it to their culture, using as a convenient means of communication in a situation of multiculturalism.

Do you believe in the policy of multiculturalism? Many European leaders have repeatedly spoken about its complete failure, arguing that they don't want diverse communities co-existing side by side in their respective countries, so whoever comes to their country should become one with the single national space. Given the exacerbation of Islamic extremism, this issue has become particularly important, hasn't it?

If you remove all Arab immigrants from French society, it will be a case of genuine extremism, as millions of people will be affected. There are two or three terrorists per 10 million immigrants, although they are obviously enough to instill fear in everyone.

We must demand that the military and special services effectively destroy terrorists. This may be a good short-term measure to combat terrorism, but it won't help in the long run.

© AP Photo / Jens Meyer
'Back and More Radical': Pegida Movement Demos Marred as Violence Spreads
To give this problem a lasting solution, the root cause of terrorism must be removed. The integration mechanism can accomplish this in Europe, nothing else. You can't send all migrants back to where they came from. They are already here, so it's imperative to do everything that it takes to ensure their soft assimilation. Their interests must be respected, and they should be given space for development. They should be able to keep at least half their cultural identity.

Assimilation doesn't mean that these people will become Germans, French or Swedes, but they will become full-fledged members of European society. If we cut them off from European society, those few extremists that I mentioned earlier will come back with a vengeance.

All European leaders — whether they want to or not — will have to work on the concept of multiculturalism. Ordinary citizens in France and other countries should take this as a given. Welcome to the modern world.

Russia has it better than other countries, as it's used to living in a multicultural country since Soviet times. France, Germany and Great Britain will have to deal with this new challenge and come to terms with this situation.

Immigrants tend to use the benefits provided by European countries, but often refuse to assimilate, and this is a new challenge. How should we deal with it?

Look for the golden mean. I don't think immigrants should be allowed to keep 100 percent of their national culture. We cannot allow them to come to a country, build their own community and stew in their own juice, so to say, as they continue to nurture their values. Often, this concerns the first generation of immigrants. The next generation is usually much more integrated.

In this situation, both sides — both immigrants and the host side — have to meet halfway. There is no simple solution here. There's a need for a constructive dialogue and proper communication.

What is your long-term forecast: what are the global prospects for multiculturalism?

There's a law in Europe, which states that people who are fleeing a country at war can come to Europe as refugees. In earlier years, about 10,000-20,000 refugees claimed this right, and Europe easily coped with such a flow.

© AFP 2020 / PANU POHJOLA / LEHTIKUVA
14,000 Undocumented Migrants Vanish Without a Trace in Sweden
This year, 1 million people came to Europe of their own accord. Most are young men. Each brought along a family, about 10 relatives. How do you deal with this? How long will this last? Europe cannot accommodate millions of immigrants. There's a limit to everything. This is a huge problem, the solution to which vastly depends on the situation in Syria.

Germany has a better understanding of Russia's position than, say, the United Kingdom. I think the Germans will be able to accept Russia's position. Clearly, the world will be a better place if the EU and Russia establish a partnership. To do so, everybody needs to calm down and start acting in a constructive manner.

Not Mosques, but Friends & Family to Blame for ISIL Radicalization - Expert