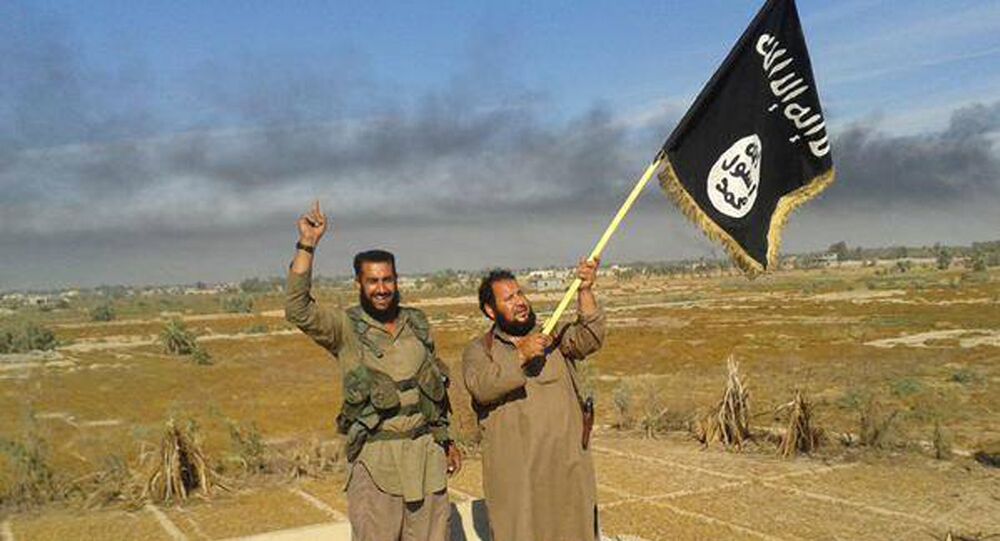 Daesh, also known as the Islamic State or ISIL, is undergoing financial problems after losing control over major territories in Syria and Iraq.

The group has been deprived of its primary moneymaking sources for a number of reasons, which has adversely affected its ability to pursue conflict, experts say.

"A problem they face is that much of their income over the last two years has been through conquest, confiscation and extortion, and those are all one-time things that aren't sustainable," said Quinn Mecham, an assistant professor of political science at Brigham Young University, as cited by The Washington Post. "And now they're losing territory, and that makes it difficult to continue to extract revenues."

© REUTERS / Stringer
Daesh Militants Get to Seizure of Afghanistan - Media
Data on Daesh's financial state is quite ambiguous, but it is considered to be the richest terrorist organization in the world by most estimates. Experts say the group's daily income from oil trade used to be around $3 mln. Now, the situation has changed due to its infrastructure being severely damaged by airstrikes.

Since Russia started carrying out its air campaign against Daesh at the request of the Syrian government on September 30, targeting the organization's key oil-producing areas, the group's illegal oil trade has fallen by 50%.

British warplanes have also stepped in and started to bomb targets in Syria on Thursday.

© AFP 2021 / ALI AL-SAADI
Daesh Terror Caused by Ubiquitous US Interventions - Analyst
"There will be a lag in seeing the effects, but in order to keep operations going, the group will likely have to reduce payments and the number of people working for it," Clarke said.

According to Senior Middle East Analyst from Jane's Information Group Columb Strack, Daesh has already cut fighters' wages from $400 to $300 per month.

After Kurdish forces recaptured major territories, the terrorist group, Daesh had to increase tax burdens on territories it has still under its control, with a population of 6-9 mln people.

Daesh seized vast territories in Iraq and Syria in 2014, seeking to establish a caliphate ruled by strict Sharia law. It is trying to expand its influence and fighting against the official authorities of these countries. Russia has outlawed Daesh on its territory, classifying it as a terrorist organization.