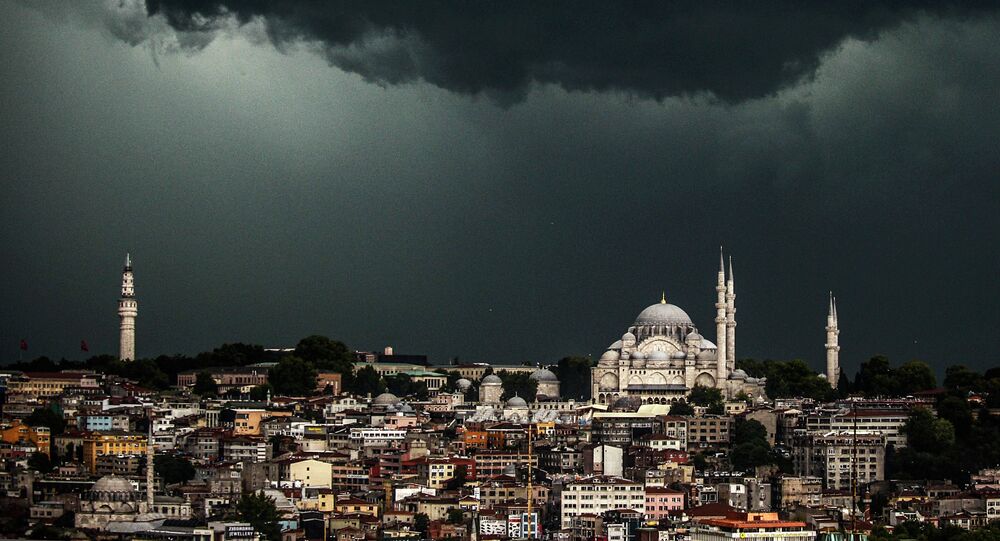 Turkey is taking advantage of neighbors' crises to loot resources from them, and the government's 'new Ottomanism' policy has led to the brink of civil war, geopolitical analyst Mahdi Darius Nazemroaya told Sputnik.

The Turkish government's links with Daesh, and looting of oil from Syria and Iraq has been an open secret in the Middle East for years, voiced by Turkish citizens living on the border, the Turkish opposition, and even some US politicians, Mahdi Darius Nazemroaya, sociologist and geopolitical analyst, said.

​"It's been known for several years now about what they've been doing, about the oil being transported into Turkey, about Turkey's role in stealing Syria's resources, as well as even industrial infrastructure."

"In Aleppo, the Turks were documented stealing industrial equipment from factories and taking them across the border. In Iraq, also, Turkey is involved with the instability there, and using it as an opportunity to take oil from Iraq as well, through the Kurdistan regional government."

Nazemroaya described Turkey's actions as "basically looting from its neighbours, in times of crisis and instability."

© AP Photo / Kevin Frayer
Holy Smokes! ISIL Oil Trail Leads to Turkey's Batman
Turkish opposition parties and Turkish citizens living on the border have already spoken out about the government's involvement in stealing oil from Syria and collaborating with terrorists.

"In Kobani, a Syrian Kurdish town on the border, the Turkish military, even the US air force, were basically helping ISIL (Daesh) against the Syrian Kurds."

"There are cases where humanitarian trucks crossing from Turkey into Syria have been spotted by Turkish citizens taking weapons. In fact, one Lebanese American journalist who was on this story was killed."

Nazemroaya pointed out that the illegal transportation of oil stolen by terrorists does not stop at Turkey's borders, and involves other members of the western alliance, explained Nazemroaya.

"This is a large-scale thing, a criminal enterprise that involves the US, Britain, and other key Turkish allies."

"The US is well aware of this. In regards to where Turkey stands on any anti-ISIL coalition … remember, this is not a coalition to fight terrorism. This is a coalition of the guilty, a coalition of the ones who helped create this problem in the Middle East, from Lebanon to Syria to Iraq."

"They're the ones who incubated, if not engineered the rise of ISIL."

© Sputnik / Alexei Druzhinin
We Know Who Benefits From Oil Smuggling Operations in Turkey - Putin
Turkey's current political difficulties and bad relations with neighbours such as Syria, Iraq, Iran, Lebanon, Russia, and the European Union is a consequence of its failed policy of "new Ottomanism," which aimed to dominate Arab neighbours, parts of North Africa and southwest Asia, but is now "blowing up in its own face," and could even lead to inner conflict and civil war said Nazemroaya.

"They've hurt themselves business-wise, the country's become destabilized, a Turkish civil war in the future, some kind of inner conflict, is not something that is outlandish."

"Civil war has essentially started again, with the Kurds in southwestern Turkey."