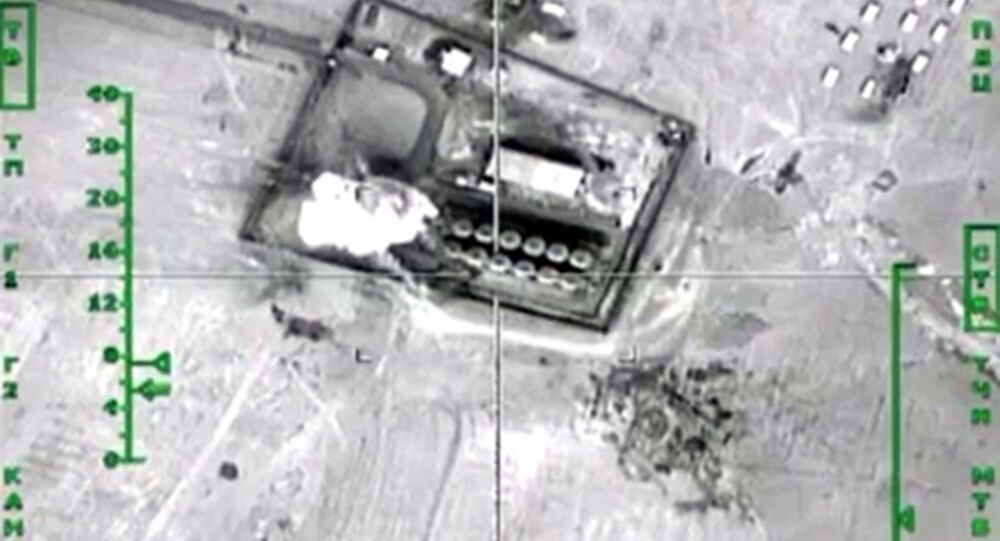 "If there is nothing there — then the territories in question should be inspected," the Deputy Defense Minister Anatoly Antonov stressed.

© Photo : Youtube / RT
A map, presented by the Russian Defense Ministry last week, showing the three main routes of the alleged oil smuggling operations from Syria and Iraq into Turkey.

The western route leads to the Turkish ports in the Mediterranean, the northern — to Patma oil refinery, and the eastern — to Cazri transfer point.

The ministry provided photographs of columns of oil fuel tankers on the Turkish-Syrian border. Fuel tankers with oil freely cross the border between Turkey and Iraq, according to Russia's General Staff.

"Space recoinassance established that after crossing the border tanker trucks move further into Turkey," Rudskoy said. Then the oil is being delivered to third countries.

The oil from Daesh-controlled areas in Syria is being shipped to third countries for processing after having been transported to Turkey, the head of the Russian General Staff's operative command noted.

"According to the most modest estimates, the terrorists' revenues from criminal [oil] business stood at no less than $3 million per day. After our airstrikes, the revenues went down to $1.5 million per day," Lt. Gen. Sergei Rudskoy told reporters.

On Monday, Russian President Vladimir Putin said that Moscow has evidence that its Su-24 was shot down by Turkish forces on the Syrian border in order to protect oil deliveries from Daesh to Turkey, and that oil from Daesh-controlled fields is being exported to Turkey on an industrial scale.

Turkish President Tayyip Erdogan vehemently denied the allegations, vowing that if evidence does surface, he will resign from the presidency.