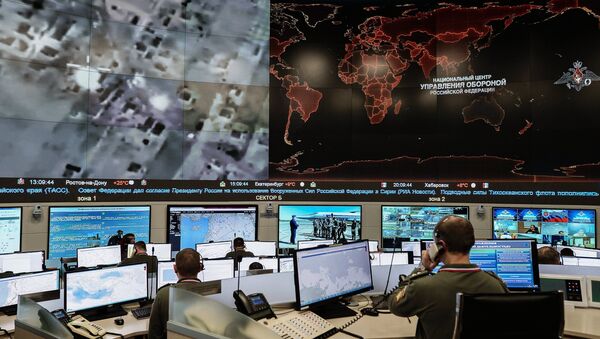 During the press briefing for the international media, the Russian Defense ministry has provided hard evidence of Turkish participation in ISIL illegal oil trade. The ministry has shown photo and video proof.

According to the ministry's statement, the briefing is titled "Russian Federation Armed Forces fighting against international terrorism. New data."

The Russian Aerospace Forces commenced precision airstrikes in Syria against Islamic State (IS, or Daesh in the Arab world), a group that is outlawed in Russia and a number of other countries, on September 30, following a request from Syrian President Bashar Assad.

Russia has repeatedly called for a broader cooperation in the fight against extremists in Syria, but has not received a constructive reply from its partners, Kremlin spokesman Dmitry Peskov said last week.