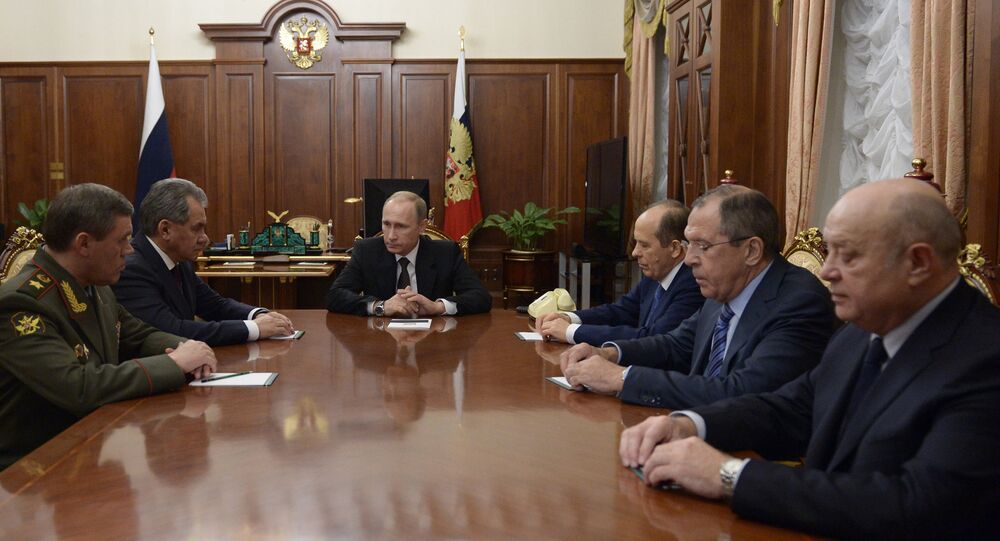 President Putin promised to find those responsible for the Russian passenger plane crash in Egypt in any part of the world and exact revenge.

The announcement was made at a meeting at which the final results of the investigation into the causes of the tragedy were officially confirmed.

“It is not the first time Russia has faced these barbaric terrorist crimes, which often come without any visible reasons, internal or external, as was the case with terrorist act in Volgograd back in 2013. We haven't forgotten anything or anyone,” said the President.

The President also added that the perpetrators of this attack will certainly be punished.

“We should pursue them without any statute of limitations and should know all of them by name. We will be looking for them wherever they would try to hide. We will find them in any part of the world and punish them,” he stressed.

© Sputnik / Maxim Grigoryev
Russia Confirms A321 Brought Down by Terrorist Explosive Device
On Tuesday Russia confirmed that the Airbus A321 with 224 people on board was brought down by a terrorist explosive device.

An investigation into the crash showed  traces of an explosive material in personal items and parts of the plane.

Russia is now offering $50mln for information on those who might have been involved in the terrorist attack on the A321.

The aircraft went down on October 31 while en route from Egypt’s resort city of Sharm el-Sheikh to St. Petersburg, leaving no survivors.