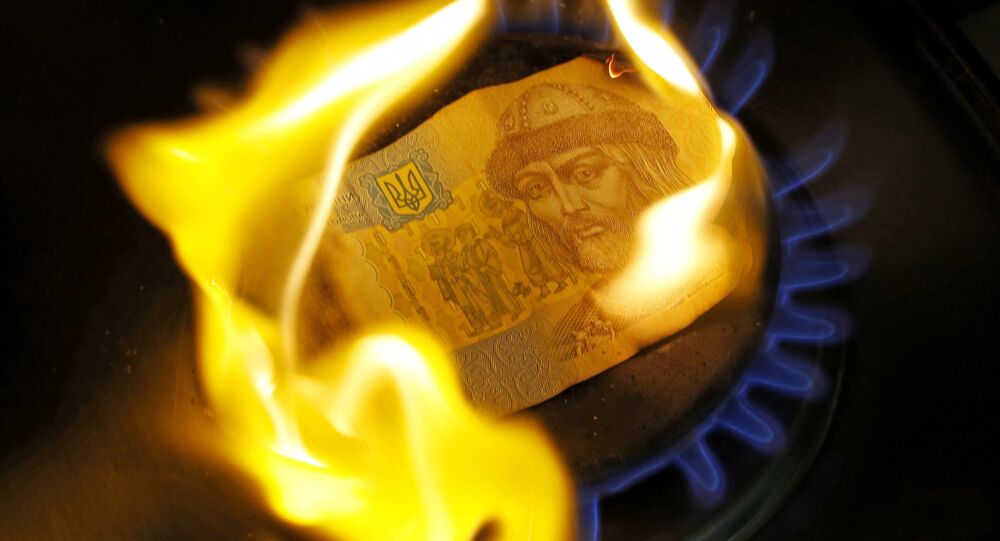 Given the ever-increasing "cracks" in Kiev's relations with the West, Ukraine is now on the verge of becoming a failed state, according to an article by BloombergView columnist Leonid Bershidsky.

© AP Photo / Geert Vanden Wijngaert
Ukraine's Parliament Takes Wrong Turn on Road to Visa-Free Travel With EU
The past few months have seen a further deterioration in ties between Kiev and the West, which may steepen Ukraine's slide towards becoming a failed nation, BloombergView columnist Leonid Bershidsky writes.

"Rather than the democratic hope it might have become after last year's 'Revolution of Dignity,' Ukraine now looks like just another incompetent and corrupt post-Soviet regime," Bershidsky said.

According to him, the political deadlock shows no sign of abating in Ukraine, with Prime Minister Areseniy Yatsenyuk expected to step down in December.

Bershidsky also cited unsuccessful attempts "at change by a new generation of bureaucrats", which have led to the current situation, where the Ukrainian economy "remains unreformed."

"Taxes are oppressive but widely evaded, the shadow economy is growing and the regulatory climate for business has barely improved," he said.

He quoted Christof Heyns, the United Nations special rapporteur on extrajudicial, summary or arbitrary executions, as saying that Ukraine lives in an "accountability vacuum."

In particular, Heyns expressed regret about the Ukrainian authorities' unwillingness to investigate the death of more than 100 people on the streets of central Kiev in the final days of the Maidan coup and of 48 pro-Russian protesters in a burning building in Odessa in May 2014.

The Ukrainian Security Service "seems to be above the law," according to Heinz, who referred to the recent arrest of Gennady Korban, a supporter of Ukrainian oligarch Igor Kolomoisky, who has in turn repeatedly stood against the consolidation of power by Poroshenko.

Despite a "crack" in ties, Washington is "highly visible in the Ukrainian political process," Bershidsky said, adding that all the top level government nominations and dismissals are reportedly endorsed by US  Ambassador Geoffrey Pyatt and even US Vice President Joe Biden.

© Sputnik / Anton Kruglov
Ukraine Law Enforcement 'Negligent' Over Odessa Tragedy Probe
However, US efforts at the external management of Ukraine have largely failed, because "the grip of oligarchs and a corrupt bureaucracy on what's left of the Ukrainian economy has proven too strong, the schemes too entrenched," according to Bershidsky.

He concluded by warning of tougher times ahead in Ukraine, where "post-Soviet practices of fraud, bribery and intimidation have not been overcome."

"But unless the current political elite finds it in itself to clean up — a highly unlikely turn of events — Ukraine's history of violent regime change is probably not over yet," he said.