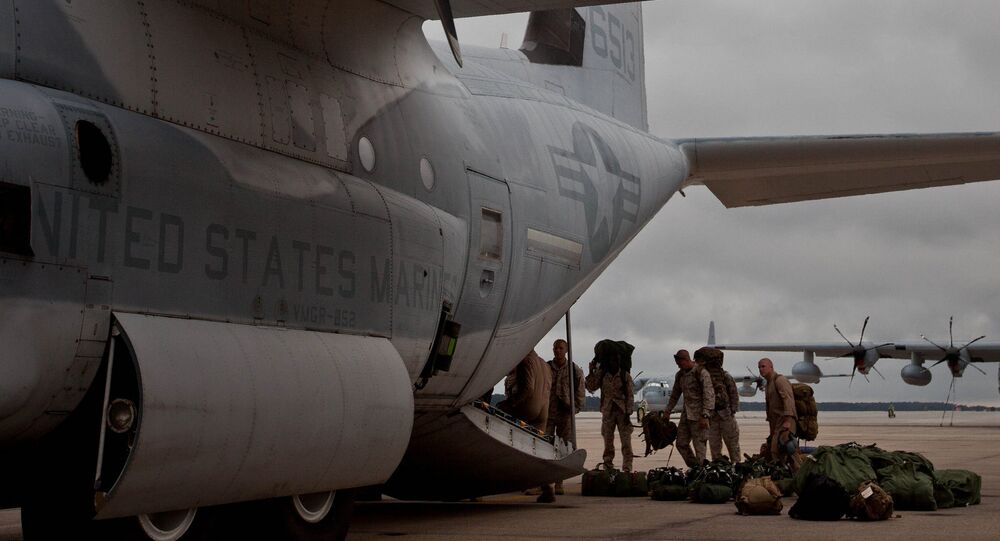 President Barack Obama's decision to send US Special Forces to Syria is directed against the Islamic State group, not Syrian President Bashar Assad, according to US Secretary of State John Kerry.

"This is not a decision to take part in the civil war in Syria, and this action is not against Assad; this move is against the Islamic State," Kerry said at a press conference in the Kyrgyz capital Bishkek.

He recalled that the United States and 65 countries have united in a coalition, pledging to "completely eradicate the threat that ISIL poses."

Kerry added that from its headquarters in Syria and Iraq, the jihadist group is seeking to extend "its tentacles" toward Afghanistan, Iran and Libya."

He excoriated Islamic State militants, calling them a "real evil"and saying that they destroy people and subject others to slavery.

"Stoking violence is their custom, and we must respond to this modern-day threat," Kerry warned.

Facebook/Georgy Oborkin
True Story: How the US Has Fought ISIL Up To Now
Kerry also said that Kyrgyzstan can take part in the fight against ISIL, notably by preventing the recruitment of new ISIL members on Kyrgyz soil.

On Friday, White House officials announced that a small number of US special operations forces will be sent to Syria as part of a shift in Washington's strategy against ISIL.

The officials said that President Obama had authorized the deployment of a contingent of fewer than 50 commandos to northern Syria, who will cooperate with the so-called moderate opposition forces who are combatting Islamic State militants.