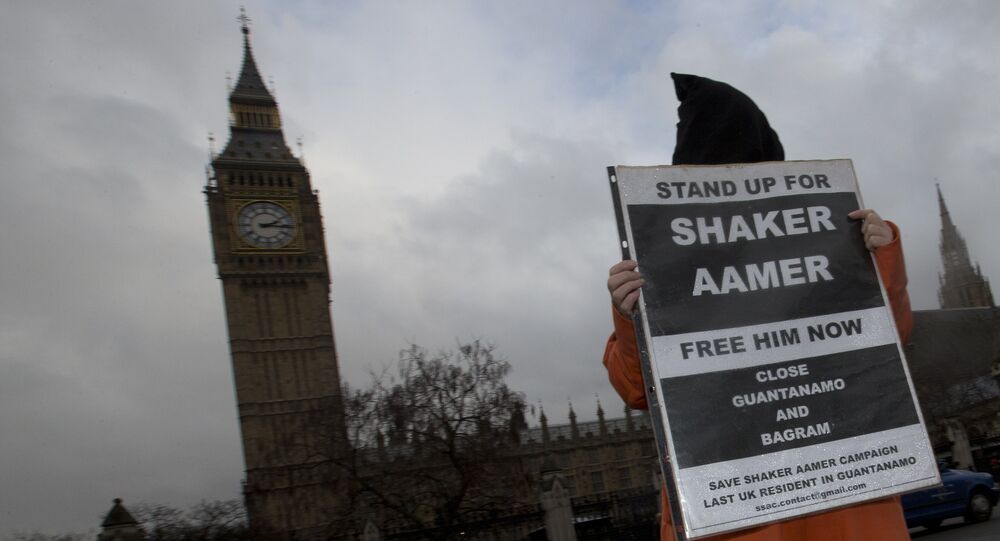 The last British resident held in Guantanamo Bay who is due to be freed in a matter of days, fears he may not make it out alive.

MOSCOW (Sputnik) — Shaker Aamer is currently on hunger strike protesting against abuse by his guards he claims he has been subjected to at the US military prison in Cuba.

"I know there are people who do not want me ever to see the sun again," Aamer told Clive Stafford Smith, his British lawyer, in a conversation released by the Mail on Sunday newspaper.

“It means nothing that they have signed papers, as anything can happen before I get out. So if I die, it will be the full responsibility of the Americans,” Aamer added, as cited by the newspaper.

The 46-year-old is set to be freed after more than 13 years in detention without charge.

© REUTERS / Jonathan Ernst
US Without Timeline for Talks on Cuban Request to Return Guantanamo
According to Aamer, he was originally seized by bounty hunters while working as a charity worker in Afghanistan shortly after the 9/11 attacks in 2001.

Aamer was handed over to US forces and in February 2002 was transferred to Guantanamo Bay accused of aiding al-Qaida terrorist organization.

In 2007 the allegations were dropped and he was cleared for release but, despite a formal request for his return by then UK Foreign Secretary David Miliband, the US authorities refused to send him home.