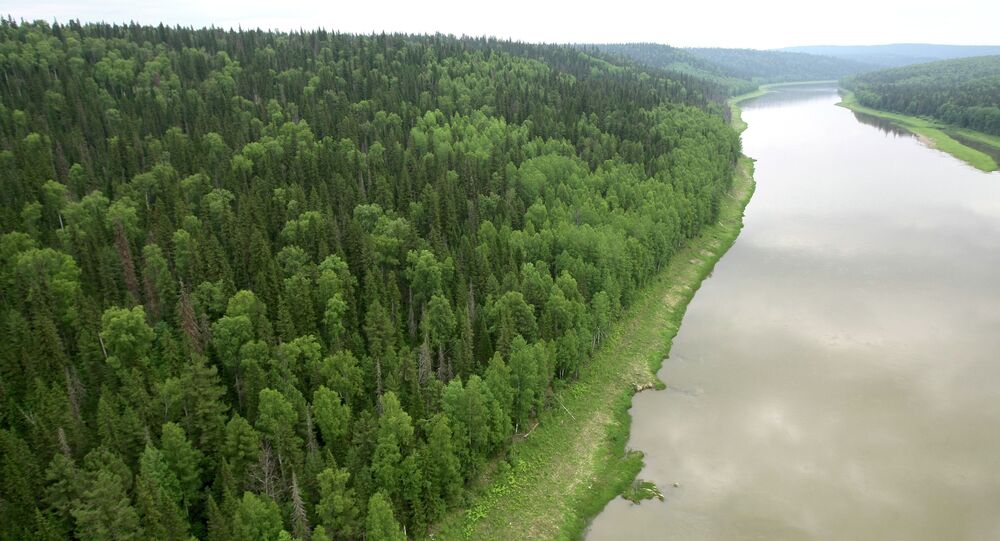 Russia has approximately 640 billion trees, which is an absolute record, the news agency Ria Novosti reported, citing a study published in the journal Nature.

© Flickr / Hubble Heritage
Fade to Black: Study Shows the Universe is Slowly Dying
A scientific survey has revealed that there are about three trillion trees on Earth, and that Russia is home to roughly 640 billion trees, according to the Russian news agency Ria Novosti.

The survey, which was published in the journal Nature, said that Russia tops the list of countries when it comes to figures concerning the density of trees.

Coming on Russia's heels is Canada, which is in turn followed by Brazil, the United States, China, the Democratic Republic of the Congo, Indonesia, Australia, Bolivia, and Mexico, Ria Novosti reported.

Bahrain may be one of the world's wealthiest countries, but it is the poorest in terms of tree density; it only has about 3,000 trees. Low rates were also reported in Qatar, Monaco, the Cocos Islands, and Gibraltar, according to the study.

© CC BY 2.0 / Lwp Kommunikáció / Stephen Hawking
Stephen Hawking: Humanity Won’t Survive Another 1000 Years on Earth
It specifically stressed the crucial role that trees play in supporting life across the globe, by releasing oxygen and absorbing the carbon dioxide which significantly adds to climate change.

The research team, led by Thomas Crowther of the Yale University School of Forestry and Environmental Studies, reportedly used more than 400,000 ground-based tree density estimates and scores of satellite images to produce the first complete global map of trees.

The study also revealed that since the beginning of human civilization, the world has lost at least 46 percent of its trees.

"The factors driving tree density vary dramatically across the biomes, but the one feature that stayed consistent across all of them was the negative impact of humans," Crowther said.

© AP Photo / Yale University
Scientists Say Earth’s First Mass Extinction Was Caused by Critters
Referring to human impact, he admitted that he did not expect that it would come out as the strongest control on tree density.

Crowther and his colleagues decided to count all the trees on the planet after they were approached by representatives of Plant for the Planet, a children’s initiative that aims to raise awareness among children and adults about issues related to climate change.

Within the framework of the initiative, schoolchildren, supported by the United Nations, are trying to stop global warming by planting trees.

July Was the Hottest Month Ever on Earth