More than 200 people are feared dead after two boats full of migrants sank in the Mediterranean off the coast of Libya.

The tragic scenes have become commonplace in the country, which western governments only four years ago claimed was a striking example of successful foreign intervention.

Authorities are continuing their efforts to retrieve bodies from the water after the vessels capsized shortly after leaving Libya's coastal city of Zuwara, en-route to Italy.

W/ four days remaining in the month, IOM calculates 18,000 #migrants have arrived in Italy from Libya, about 400 died pic.twitter.com/1LTJq2h2DL

The coastal port has become known as a major people-smuggling hub as huge numbers of migrants and asylum seekers from war-torn and poverty-stricken countries in the Middle East and Africa hope of reaching Europe. 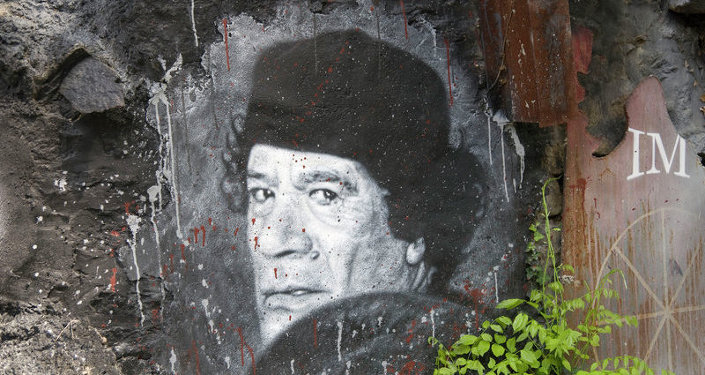 © Flickr / Thierry Ehrmann
Western Legacy in Libya Leaves a Hole Filled by Migrants Fleeing for Europe
The seemingly free-reign that people smugglers and human traffickers have in Libya is indicative of the state of lawlessness engulfing the North African country, which has been locked in a four-year civil war.

Already suffering from the outbreak of conflict between rebel groups and government forces of former leader Muammar Gaddafi, a NATO-led alliance, headed by the UK and France, engaged in a bombing campaign to oust the then leader.

Following Gaddafi's death at the hands of an anti-government Libyan rebel group in 2011, many Western leaders praised the success of their military campaign in the country, with then NATO Secretary General Anders Fogh Rasmussen labelling the campaign "one of the most successful in NATO history."

© AP Photo / Mohamed Ben Khalifa
EXCLUSIVE: Libyan PM Blames Turkey and Qatar for Forcing Political Islam on His Country
However instead of a democratic revolution promised and preached by Western governments, Libya descended into an ever-increasingly fragmented state, epitomized by conflict between various rebel groups as they fought for control of the country.

The fighting become so severe that the country's internationally recognized government was forced to flee Libya's capital of Tripoli for the eastern city of Tobruk.

On top of this, a number of Islamist groups have taken advantage of the chaos in Libya, with groups like ISIL and Ansar al-Sharia seizing control of various cities and districts across the country, further exacerbating human trafficking concerns.

The West to Blame

Many have criticized the Western intervention in Libya, arguing that the NATO bombing campaign helped to destabilize the country, thus contributing to Libya's current predicament.

Others, such as Nigel Farage, leader of the British political party UKIP, have said that UK Prime Minister David Cameron and others involved in the bombing of Libya "directly caused" the migrant crisis engulfing the country, and in turn, Europe.

"It was the European response that caused this problem in the first place. The fanaticism of [former French president Nicolas] Sarkozy and Cameron to bomb Libya — what they have done is to destabilize Libya, to turn it into a country of much savagery and a place where for Christians the situation is virtually impossible.

"We ought to be honest and say we have directly caused this problem. There were no migrants coming across from Libya in these quantities before we bombed the country and got rid of Gaddafi, however bad he may have been."

With increased numbers of migrants risking the perilous voyage from Libya to Europe, many have criticized the West for creating Libya's problems and then merely walking away, without addressing the issues left behind.

Did anyone tell Cam that his intervention with Sarko in Libya would open gates to this hell?

The EU's immigration policy has been accused of not offering enough legal avenues for people to resettle in Europe, therefore forcing many to try and seek asylum "illegally."

With an anti-immigration rhetoric sweeping across Europe, and EU countries squabbling to come to an agreement to help re-settle refugees stranded by the migrant crisis, the situation continues to worsen in Libya — leaving many to ponder the results of one of the West's "most successful" foreign interventions.

Merkel Vows to Improve Conditions for Migrants by October