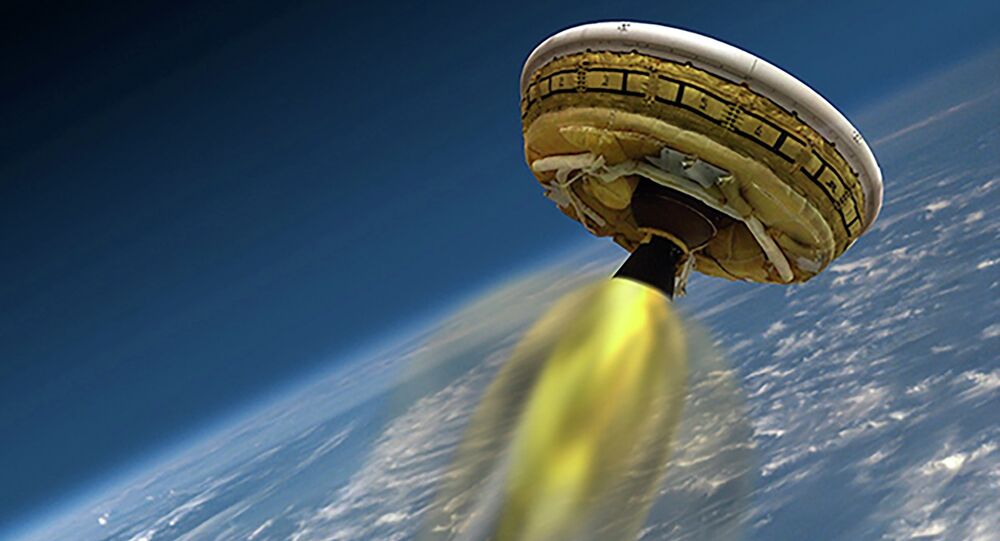 What’s for Dinner? NASA Prepares to Feed Astronauts With Feces on Mars Trip

While Mars and other planets await the arrival of humans, the question of how to maintain astronauts’ food supplies remains a major obstacle for such missions. NASA is granting $200,000 per year to find a way to turn human excrement into nourishment.

Biology teachers tell their students the joke about a rabbit eating a carrot for the second time. Well, anyone who has ever owned a rabbit knows that it’s not only a joke, but a common practice for the animal. By eating their own excrement, these creatures receive a number of useful materials for a healthy life, recovering a vast amount of energy which would otherwise be wasted.

NASA
NASA Shapes Future of Space Travel: Interstellar Submarines and Much More
Humans are certainly not rabbits, and if we want to be able to use our bodily waste, we need to conduct research and develop the technology required. This is the aim of a new NASA grant awarded to Mark Blenner, a Clemson University scholar of chemical and biomolecular engineering. His team will have up to three years to present their potential results.

Building a closed-cycle food supply with the help of synthetic biology could be crucial for manned travel to Mars and other long-range missions to be conducted in the future. Grants awarded to Blenner’s team, as well as seven others, “could transform space exploration,” according to a NASA press release.

“These early career researchers will provide fuel for NASA's innovation engine," Steve Jurczyk, associate administrator for NASA's Space Technology Mission Directorate, said. “Technology drives exploration, and investments in these technologies and technologists is essential to ensure NASA and the nation have the capabilities necessary to meet the challenges we will face as we journey to Mars.”

Assistant Professor Mark Blenner has been working in the field of biotechnology for years. His research team in Clemson comprises of more than twenty experienced researchers.

Lately, there has been a lot of news in the world of excrement recycling. In the summer of 2011, reports surfaced that Japanese scientists had created a method of making meat out of excrement. This proved to be a hoax. Unfortunately or fortunately, depending on your view.

“Bio-Bus…is actually powered by people living in the local area, including quite possibly those on the bus itself,” Mohammed Saddiq, director of GENeco, the local energy company which recycles human waste into gas, told the Daily Mail.

Earlier this year, Microsoft founder Bill Gates made major strides with his Omni Processor. That machine converts human feces into fuel and water, and the billionaire posted a video online which shows him drinking the recycled water.

From your toilet to my glass…I got to taste water made from human waste: http://t.co/S4o8pD7Eu3

“The water tasted as good as any I've had out of a bottle. And having studied the engineering behind it, I would happily drink it every day. It's that safe,” he wrote for his blog last January.

YouTube/NASA Johnson
First Time Ever: ISS Crew Eats Food Grown in Outer Space
Meanwhile, on a more traditional side of the food chain, astronauts onboard the International Space Station sat down to a meal prepared with space-grown lettuce earlier this month.

If successful, space gardening could also prove vitally important for manned missions to space. It could also be crucial for any future plans to establish a settlement on foreign planets. A colony on the Moon or Mars is much more conceivable if those bases can grow enough food to become self-sufficient. Freshly grown food can also be of enormous benefit to the mental health of astronauts.

“The farther and longer humans go away from Earth, the greater the need to be able to grow plants for food, atmosphere recycling and psychological benefits,” Gioia Massa, a scientist involved in the experiment, said in a statement.

A single harvest of lettuce may only be a first step, but it could pave the way for future space stations to have entire multi-crop farms onboard.

Of course, if biotechnologists make a breakthrough in making food out of poop, there will be no need in space for space gardens. We’ll find out in three years, after the NASA grant runs out.

Russia to Conduct Series of Simulated Flights to Moon, Mars in 2016-2020