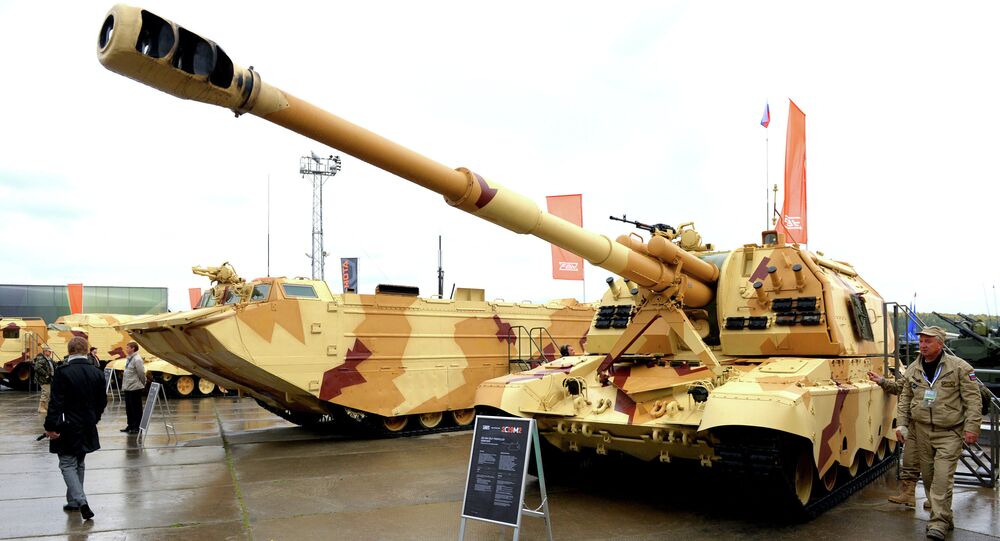 About forty countries have confirmed their participation in Russia Arms Expo RAE-2015, due to be held in Nizhny Tagil next month, according to the press service of the Sverdlovsk Region’s Governor.

The press service of the Sverdlovsk Region’s Governor has stated that the representatives of around forty countries have confirmed their participation in Russia Arms Expo RAE-2015, set to be held in the Russian Urals city of Nizhny Tagil between September 9 and September 12, according to the Russian news agency RIA Novosti.

"The jubilee tenth exhibition comes under the auspices of the Russian Ministry of Industry and Trade, as well as the government of the Sverdlovsk region," the press service said.

The exhibition will be attended by representatives of the CIS countries, including Armenia, Azerbaijan, Belarus, Kazakhstan, Kyrgyzstan and Tajikistan.

Also in attendance will be delegates from a spate of European countries, such as Belgium, Britain, Hungary, Germany, Denmark, Italy, Spain, Cyprus, Poland, Slovakia, France, Finland, the Czech Republic and Sweden.

The African continent will be represented by such countries as Angola, Botswana and Namibia. The exhibition will also be attended by representatives of Asian countries, including Bangladesh, India, Sri Lanka, Mongolia, South Korea, Japan and Vietnam. Representatives will arrive from Middle Eastern countries including Lebanon, Qatar, Turkey, United Arab Emirates.

Additionally signaling their readiness to visit the exhibition are Argentina and the United States.

"Most of these countries are regular participants of the exhibition. However, the geography of foreign visitors is constantly widening and this year's event will for the first time see the participation of  experts from Botswana, Bangladesh and Sri Lanka," the press service said.

The exhibition will host diplomats, military attaches, the heads of military departments, business representatives and experts in the field of military equipment and defense technology.

During the exhibition, more than forty pieces of military equipment will be presented by the Russian Corporation Uralvagonzavod, which is the main organizer of the event.

These include a spate of state-of-the-art pieces, including the T-14 Armata tank and the self-propelled Koalitsiya (Coalition)–SV howitzer.

Russian Arms Beat US in Price and Usability - Think Tank