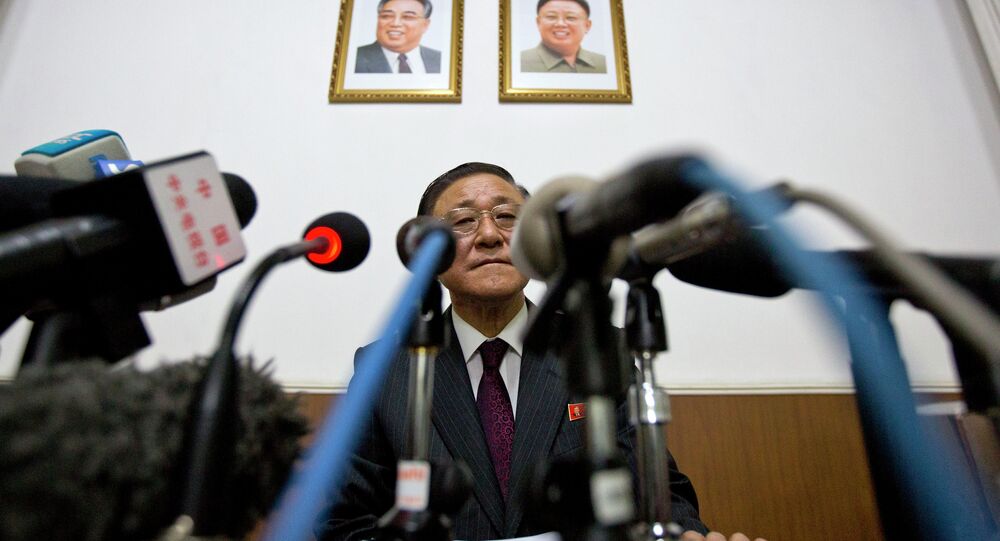 North Korea Uninterested in Nuclear Program Talks With US

North Korean Ambassador to China said that Pyongyang is not interested in renewing talks with Washington over its nuclear program.

"The DPRK [North Korea] is not interested at all in dialogue to discuss its nuclear program," Ji said as quoted by the Yonhap news agency.

North Korea is "a nuclear weapons state both in name and in reality," Ji added.

In 2003, North Korea joined talks on denuclearization with the United States, Russia, China, Japan and South Korea, after Pyongyang withdrew from the Nuclear Non-Proliferation Treaty that it ratified in 1985.

Pyongyang declared itself a nuclear power in 2005, and tested its first nuclear weapon in 2006.

After the country tested its second nuclear weapon in 2009, the denuclearization talks were halted. North Korea carried out its most recent nuclear test in 2013.