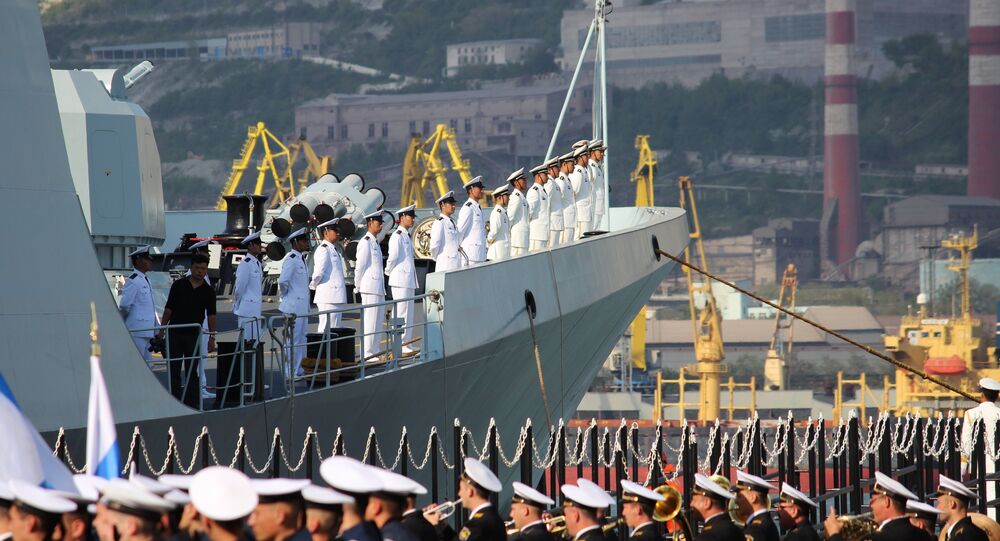 Russian and Chinese warships have arrived in the sea area allocated for the “Naval Cooperation 2015” military drills, they have replenished their stocks and currently hove to at their set locations.

Russia and China has kicked off the active phase of their naval drill in the Mediterranean Sea.

“Russian and Chinese warships have arrived in the sea area allocated for the “Naval Cooperation 2015” military drills,” Deputy Commander in Chief of the Russian Navy Vice Admiral Alexandr Fedotenkov said on Sunday.

The vessels have replenished their stocks and are currently hove to at their set locations.

The staff of the joint Russian-Chinese grouping in the sea will be located at the flagship of Russia’s Black Sea Fleet, the “Moskva” (the Russian name for Moscow) guided missile cruiser.

Fedotenkov stressed that the exercise is not directed against a third party.

“Russia-China exercise ‘Naval Cooperation 2015’ in the Mediterranean Sea is not directed against a third party and is aimed at enhancing mutual understanding between the fleets of two major naval states,” he said.

The active phase of the drill will last until May 21.

© AFP 2021 / Soe Than WIN
Crew members work on the Chinese Navy ship Wei Fang as it docks at the Myanmar International Terminal Thilawa (MITT) port on the outskirts of Yangon on May 23, 2014
...
Reddit
Google+
Blogger
Pinterest
StumbleUpon
Telegram
WhatsApp
283