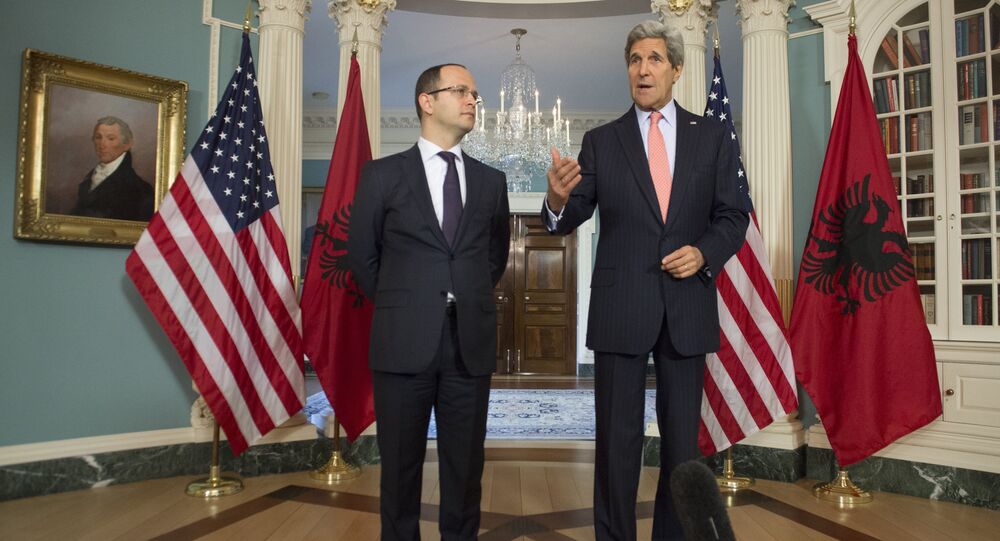 US Secretary of State John Kerry announced that Albania and United States will sign a strategic partnership agreement on Monday to enhance the two countries’ counterterrorism efforts.

“Today, we will have the pleasure of signing the US-Albania – or Albania-US Strategic Partnership,” Kerry said on Monday after a meeting with Albanian Foreign Minister Ditmir Bushati.

Kerry noted that the Strategic Partnership will allow the two countries to intensify counterterrorism cooperation and enhance security in the Balkan region against the Islamic State (ISIL).

“We are working closely together [with the United States] in Iraq, Afghanistan, and most recently on the fight against global terrorism and violent extremism,” Bushati said.

US State Secretary underscored that Albania’s cooperation has been essential for the overall counter-ISIL efforts.

The ISIL is a radical Sunni group that has acquired vast territories in Iraq and Syria and proclaimed an Islamic caliphate there.

A US-led Coalition of some 60 nations began carrying out airstrikes against ISIL targets in Iraq in August 2014, and expanded the air campaign to Syria in September 2014. Albania has been supporting the coalition by sending weapons and ammunition to the Kurdish forces in Iraq.