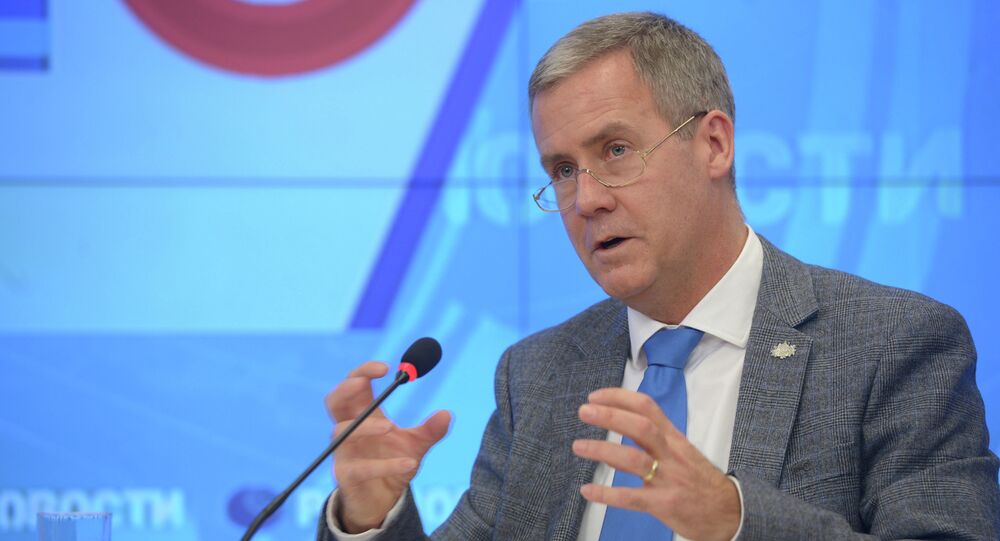 Australian Ambassador to Russia Paul Myler stated that Canberra could cooperate with Russia in anti-terrorism to fight extremism in the Middle East.

© REUTERS / David Gray
Two Arrested in Counter-Terrorism Raids in Australia
MOSCOW, (Sputnik) – Australia could cooperate with Russia in anti-terrorism to fight extremism in the Middle East, including the rise of Islamic State (IS), Australian Ambassador to Russia Paul Myler told RIA Novosti.

"Our cooperation with Russia is very limited, but we have mechanisms and channels for information exchange. I think that what we lack is more cooperation on Syria and Iraq. We are currently holding dialogue on these issues but our approaches are somewhat different," Myler said.

The IS, a radical Sunni group also known as the Islamic State of Iraq and Syria (ISIS) and the Islamic State of Iraq and the Levant (ISIL), has seized vast areas in Iraq and Syria. The extremists have forced thousands of people from their homes and have declared the establishment of an Islamic caliphate on the territories under their control. The IS has become known for its brutal tactics, including public beheadings.

The United States announced the establishment of anti-IS coalition in September. Since then, the coalition of 62 states including Australia, has been conducting airstrikes against IS targets in Iraq and Syria.