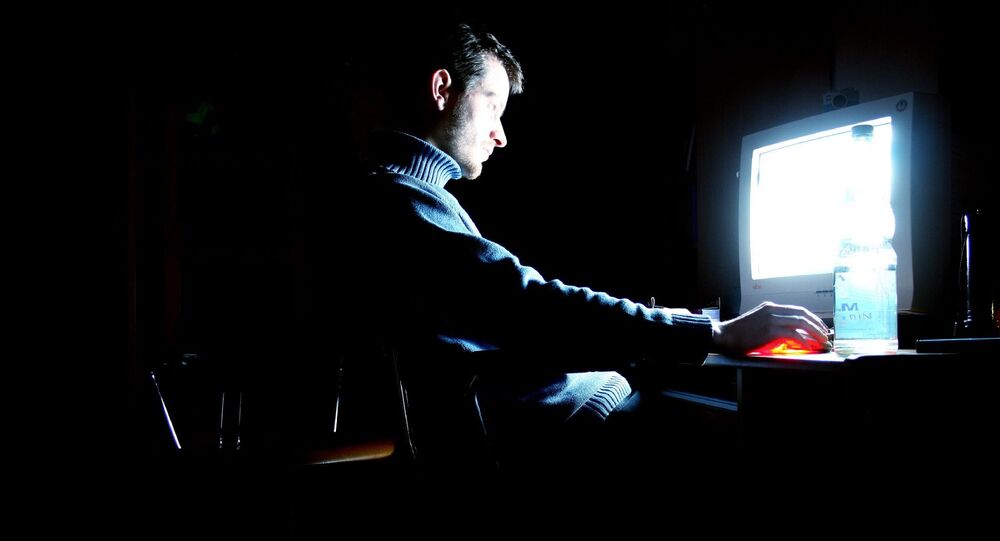 The year of 2014 has observed a tremendous rise in cybercrimes. The European Central Bank, eBay, Sony Pictures and other major organizations have suffered harmful cyberattacks.

© Fotolia / Feng Yu
Biggest Cyber Attacks of 2014: Nude Celebrities and Sony Pictures
MOSCOW, December 26 (Sputnik), Anastasia Levchenko — The past year has been challenging for a number of states in terms of Internet security, as the amount of cyberattacks has grown by 48 percent from the year before, according to the Global State of Information Security Survey 2015 report published by PricewaterhouseCoopers.

In February, the websites of eBay, an American e-commerce company, and Paypal, a company that facilitates online money transfers using a so-called digital wallet, were hacked and defaced. The Syrian Electronic Army (SEA), a hacker group mainly targeting Western media websites and supporting the Syrian government, claimed responsibility for the attack.

In May, hackers managed to gain access to eBay's database of information on more than 230 million of its users. The company reassured them that their credit card data was stored separately and asked all its users to change their passwords. It was revealed that the breach took place between February and March. The SEA is believed to be behind the attack as well.

In July, hackers managed to access the accounts of more than 1,000 users of the company's online ticket reselling service StubHub to make purchases.

In February, the group hacked the website and Twitter accounts of another media outlet – Forbes. SEA claimed the attack was taken in response to the increased amount of articles published by Forbes criticizing the SEA, and for the magazine's "clear hate" toward Syria.

In June, SEA hackers attacked the websites of The Sun and The Sunday Times newspapers, posting the message: "Stop publishing fake reports and false articles about Syria! UK Government is supporting the terrorist in Syria to destroy it, Stop spreading its propaganda," on The Sun's website.

In April, Germany fell victim to its largest data breach in history. As many as 18 million email accounts were hacked and used for online purchases several months after a similar attack involving 16 million accounts occurred.

The attack laid bare the need for better Internet security in the country.

© AP Photo / Nick Ut
FBI Says Japanese Servers Used in Sony Hack, Asks Japan to Collaborate: Reports
Another breach involving email accounts took place in June, when an anonymous hacker attacked the website of the European Central Bank (ECB) and stole the personal data and email addresses of about 20,000 people who had registered for ECB events.

Although there has not been any clear evidence pinpointing the perpetrators, the Rex Mundi hacker group is among the main suspects.

In September, it was revealed that the website of the Affordable Care Act, also known as Obamacare, in the United States was hacked in July, after a number of warnings by Internet security specialists about its vulnerability. The website, healthcare.gov, allows US citizens to purchase health insurance. A malicious code was also planted on the website.

The Department of Health and Human Services claimed it was the first successful attack on the online service and reassured the public that personal data was not stolen. The department and the Federal Bureau of Investigation (FBI) called for an inquiry into the breach, but no clear information on the intruders and the amount of damage they caused has emerged.

In August, the US Nuclear Regulatory Commission's computers were subject to a cyberattack for the third time in the past three years. Hackers managed to access email accounts of staff members and infect the computers with malware.

On November 24, hacker group Guardians of Peace launched a cyberattack on Sony Pictures Entertainment, stealing personal data of its employees, including their salary figures, credit card numbers and passwords, as well as copies of unreleased Sony films. The hackers demanded that Sony cancel the release of "The Interview," a comedy about a CIA plot to assassinate North Korean leader Kim Jong Un. The FBI claimed that North Korea sponsored the attack, but Pyongyang denied any responsibility and called for a joint investigation.

Despite the threats, the comedy has been made available on several online services and in a number of theaters.

© Flickr / Ivan David Gomez Arce
Russian-Made 'The Web' System Will Protect State Agencies From Hackers
In 2014, a number of new malicious cyberespionage campaigns have been detected.

In November, Darkhotel, a seven-year-old spy ring, was detected by Kaspersky Lab. Cybercriminals managed to get access to personal computers of officials and top businessmen via Wi-Fi networks in a number of Asian luxury hotels.

In mid-December, Kaspersky Lab reported the discovery of a new cyberespionage malware program, Cloud Atlas, which primarily targeted Russian companies operating in major sectors, such as oil, finance, military or engineering, as well as Russian embassies.

Cloud Atlas is believed to be the successor of the so-called Red October malware program that was discovered in 2013 and had been transmitting information from diplomatic, governmental and scientific research organizations around the world, but primarily in Russia, for the past five years. Apart from Russian companies, the malware also targets entities in Belarus, Kazakhstan and India.

Apart from the attacks mentioned above, there have been a vast number of cybercrimes in 2014, and Internet security experts predict a further increase in 2015. Such predictions are in line with popular expectations, as according to a Pew Research poll released in October about the future of the Internet, more than 60 percent of respondents believe that major cyberattacks causing widespread harm will occur in the next 10 years.