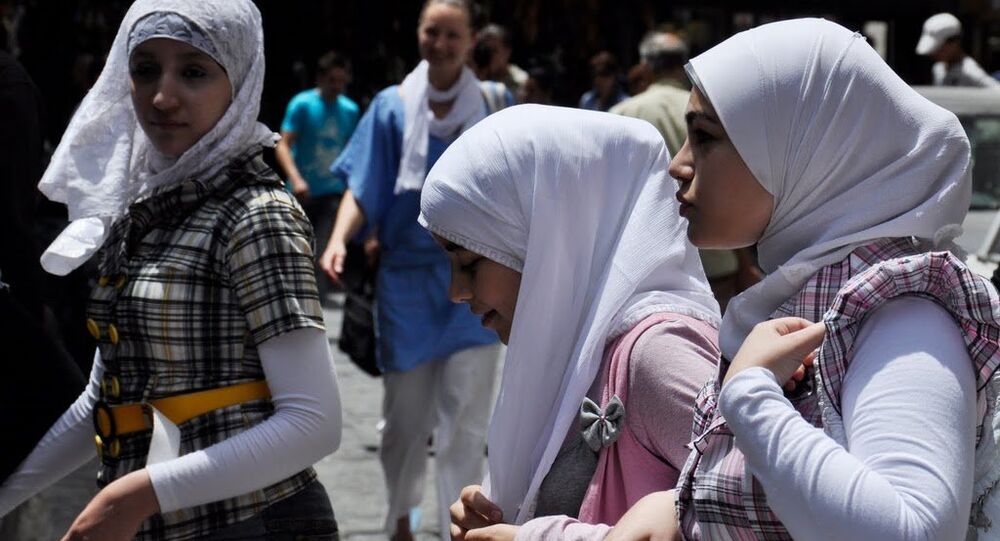 Iranian women fear they might be targeted for not being properly veiled after a series of acid attacks have taken place in the country, AFP reports.

MOSCOW, October 19 (RIA Novosti) – Iranian women fear they might be targeted for not being properly veiled after a series of acid attacks have taken place in the country, AFP reports.

Four acid attacks have been reported in Isfahan, 450 kilometers (280 miles) south of Tehran, said General Hossein Ashtari. Although suspects have been arrested and an investigation is currently taking place, police has declined to comment on a motive, AFP said.

Over the past couple of weeks, there have been rumors that a group of motorcyclists are throwing acid on women’s faces. The attacks are done to punish women who wear their hijabs in a way the gang considers improper, by revealing too much of their hair and face, Eurasia Review reported.

“I roll the windows closed and I panic every time I hear the sound of a motorcycle approaching”, said a fearful resident of Isfahan, as quoted by AFP.

Similar incidents have also occurred in Pakistan, India and Afghanistan. The attackers claim  they had punished women for damaging the reputation of their families by committing “indecent” behavior. Recently, Iranian women have started to wear thinner veils, which reveal their hair, and tight clothes with high hemlines, enraging Islamic fundamentalists, AFP said.