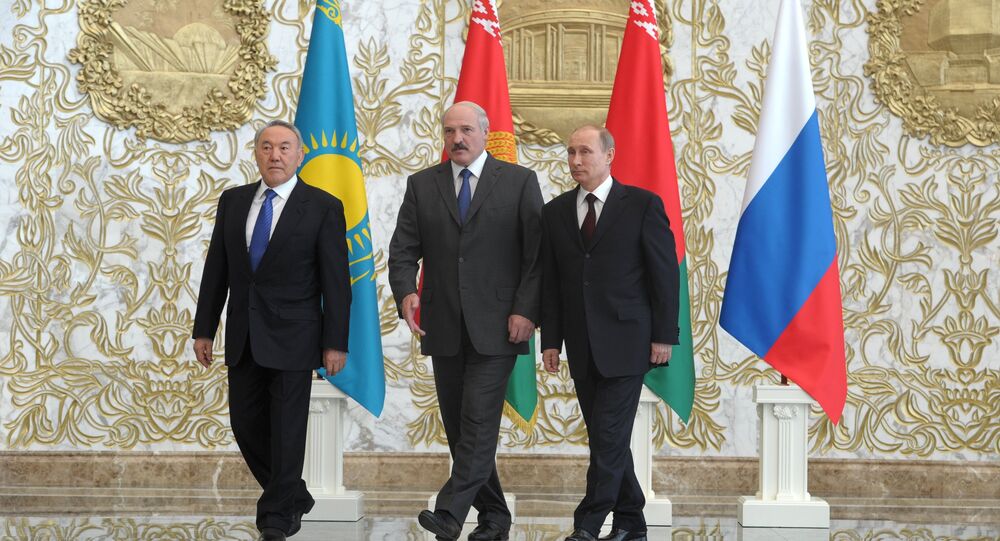 Russia, Belarus and Kazakhstan signed the treaty in May and have already ratified the document, which is expected to come in force in 2015. The republics of Kyrgyzstan and Tajikistan have also expressed interest in joining the organization.

The union is aimed at increasing economic cooperation among its member countries. Under the treaty, member countries agree to guarantee the free flow of goods, services, capital and labor, and to implement a coordinated policy in the energy, industrial, agricultural and transport sectors.

The issue of Armenia's accession to the Treaty was actively discussed due to the border issue, concerning the conflict between Azerbaijan and Armenia over Nagorno-Karabakh, during which Azerbaijan lost control over the region, which has claimed independence, and the adjacent territories.

In May, Kazakh President Nursultan Nazarbayev said a letter from Ilham Aliev, president of Azerbaijan, stated that the provisions of the Treaty on the accession of Armenia to the EEU should apply to its territory in the framework of international borders, recognized by the United Nations.