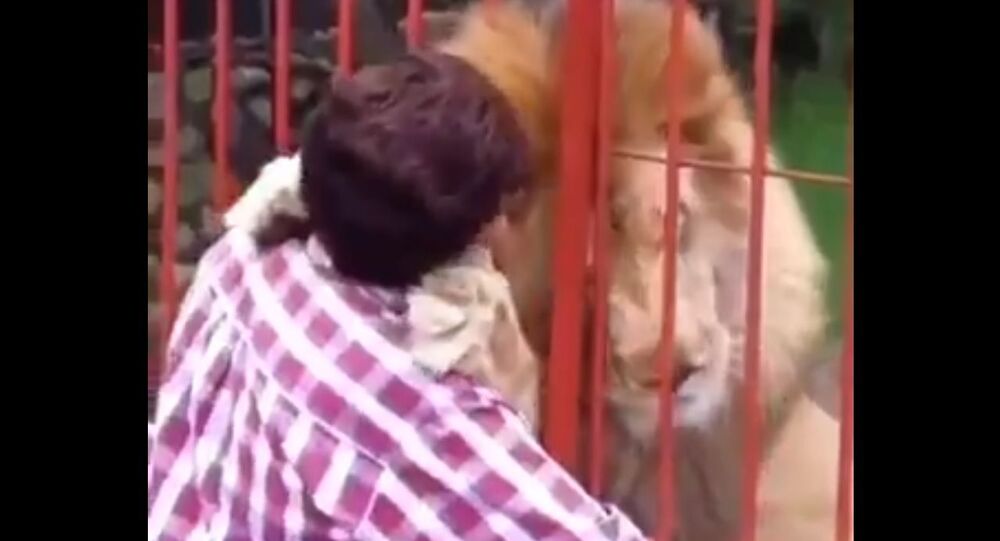 It's Been a Long Day Without You My Friend: Lion Recognises His Caregiver and Hugs Her

Today happens to be Hug Day and is part of the "week of love" in the run-up to Valentine's Day. It's said hugging boosts self-esteem and makes one happier. It also helps us convey to others how strongly we care for them.

As people await St. Valentine's Day when everyone feels like expressing their love, an Indian Forest Service officer has posted an interesting video of a lion perhaps to showcase that even animals value affectionate expressions.

The video shows what happens when a lion named Juptier recognises his caregiver. It truly reflects that affection is not limited to any species.

Most ferocious can be most faithful too. Better than humans!

Jupiter, the lion was rescued from a traveling circus by Ana & the abused malnourished lion found a new home.

"I think this hug is the most sincere I've ever received", Ana told the BBC during the filming of this clip. pic.twitter.com/Q6zGHv6NsA

​Jupiter was rescued from a travelling circus company. He was abused and malnourished when his caretaker found him. The lion was rescued and given shelter in the Cali zoo in Colombia.

This video has gone viral and netizens are expressing their heartfelt emotions.

One netizen wrote, "I think as a human species we are overrated, animals are way better to understand emotions than most of humans". Another wrote, "Indeed hug has nothing but affection and sincerity".

How expressive the lion is...😍

Such a beautiful Scene!

These living beings have the heart and the mind and the soul at the same place. With Human beings, the heart, the mind, the words are never aligned at all; forget the soul.