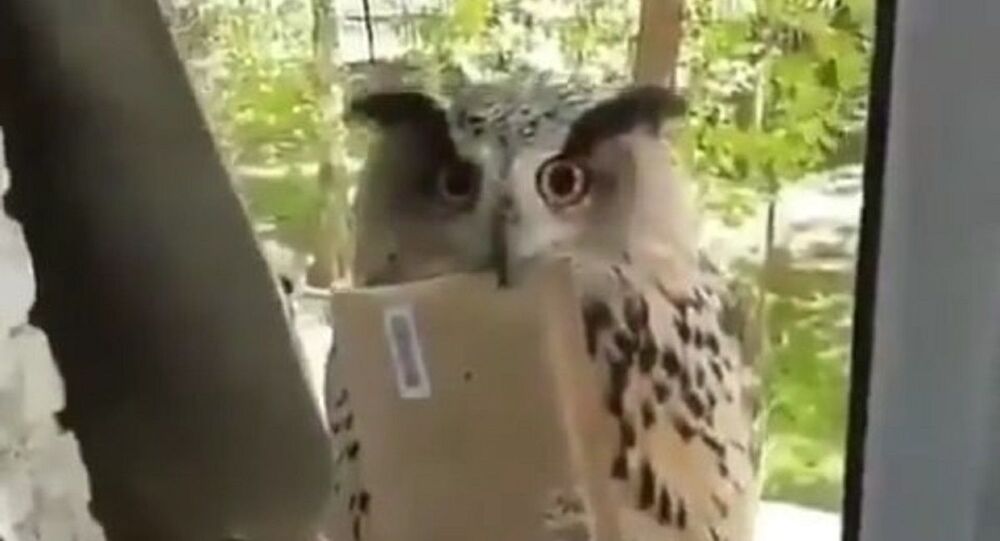 Letter From Hogwarts? Cute Owl Drops by the Window to Deliver a Surprise

What if one day you receive a letter from an owl at your window? It sounds like a Harry Potter fantasy come true! Something similar can be seen in a viral video that has garnered hundreds of thousands of views.

The 14-second video clip features a cute owl hooting as it holds a letter in its beak. After noticing the owl perched patiently on the window sill, the receiver opens the window and takes the letter. The adorable owl has won hearts with its large, gleaming eyes.

Posted on Instagram, the video has been aptly captioned, “This guy turns up outside of your window tomorrow with a letter telling you that you have been accepted into hogwarts, what house do you think you'd be in?”

Meanwhile, one netizen wrote, “I think I would be in Gryffindor (sic),” while many commented, “Hufflepuff”.

Another said, “I pack my bags right away!”.

'Baby, Listen to Me': Colourful Parrot Teases an Owl