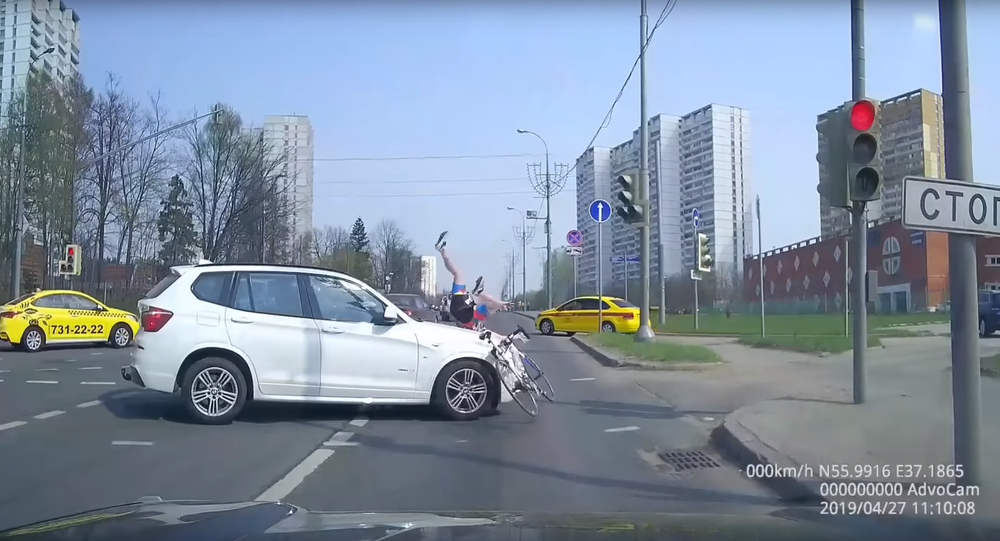 One motorist in Zelenograd, Russia, had to slam on his breaks as a bicyclist blew through a stop light on April 27.

The dashcam footage shows the otherwise normal traffic flow become disrupted once a cyclist throws caution to the wind — and instantly collides with the passenger side of a white hatchback, flipping over the hood.

YouTubers such as user "King Baldwin IV" felt no sympathy for the cyclist, commenting that he hopes the biker "pays for damage" to the motorist's car.

The passenger sustained minor injuries, according to Viral Hog.

Timelapse of Molting Tarantula Will Make Your Skin Crawl

Preschool Pursuit: Four-Year-Old and Her Chihuahua Attempt to Evade US Cops