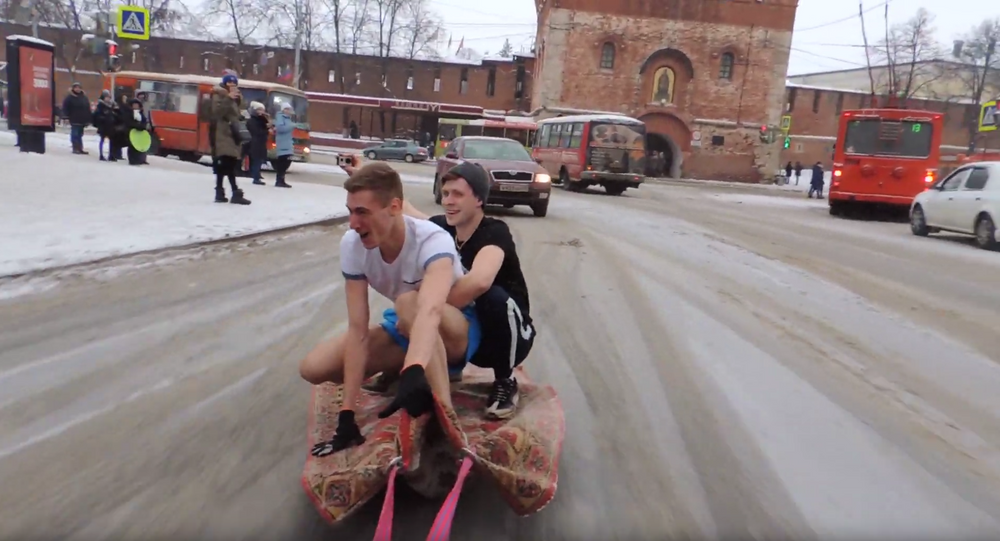 “I can show you the world – especially Russia.”

A lawbreaking duo's daredevil carpet ride has amassed nearly 25,000 views in less than 24 hours since its Viral Hog posting.

Around the video's 0:57 mark, the urban wakeboarders are seen testing the structural integrity of the carpet as they hold on for dear life and cruise through the western Russian city of Nizhny Novgorod. Their city excursion, however, did not last long.

Nizhny Novgorod police later revealed the unnamed 24-year-old who uploaded the video was fined 1,000 rubles (~$15) for violating transportation rules, according to The Moscow Times.