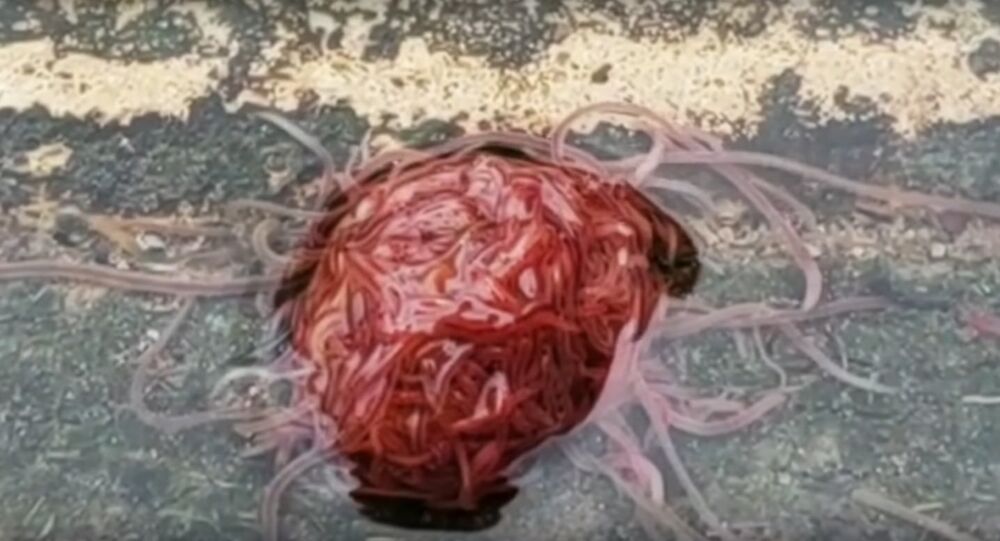 A resident of Houston filmed a legendary "sewer monster", which turned out to be a colony of worms.

"'The second I saw it, it didn't look right,' said the homeowner, who asked not to be named," said the author of the video, as quoted by the Daily Mail.

A similar case of meeting with such worms was recorded in 2009. Then scientists explained that this is a colony of tubifex worms, who accidentally fell into the sewer: devoid of soil, they cling to each other.

"The pulsation that can be seen is the result of the fact that one worm shrinks and encourages everyone else to do the same," explained zoologist Timothy Wood of Wright State University.