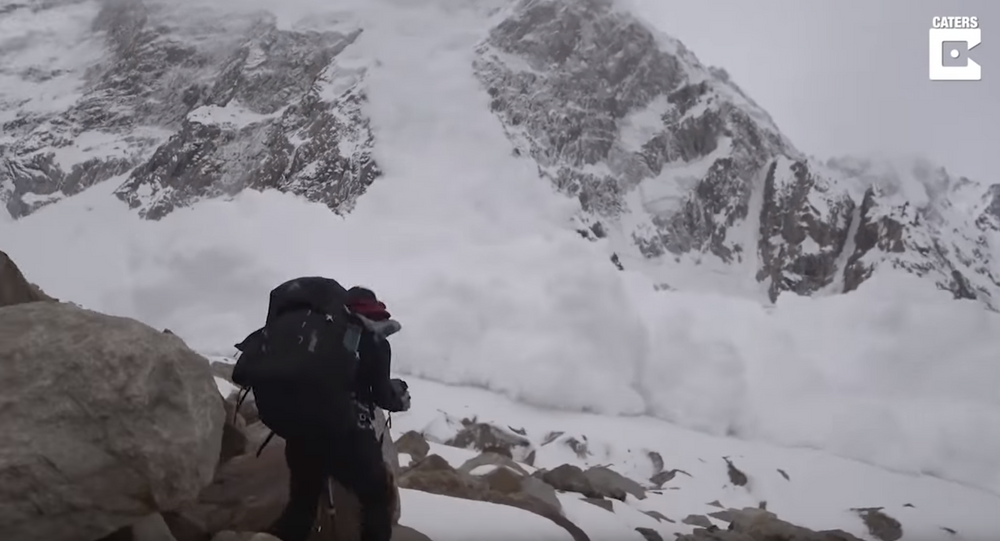 Footage uploaded to YouTube by Caters Clips Wednesday shows a documentary film crew's unexpected run-in with an avalanche in Pakistan's section of the Karakoram mountain range.

With little time to take cover and film equipment in tow, the group began recording what could've been their final hours. Paco Roses, the 52-year-old holding the camera within the clip, said that his crew was pummeled and even cut by ice and rocks, despite taking refuge behind large boulders.

"The force of the wind was so strong that, had we not sheltered, it could have dragged us into some deep hole or launched us against the rocks," said Roses to Caters Clips.

According to Roses, "nobody suffered any damage" that required extreme medical attention, and their mountaineering documentary "1000 Cups of Tea" is still in development.