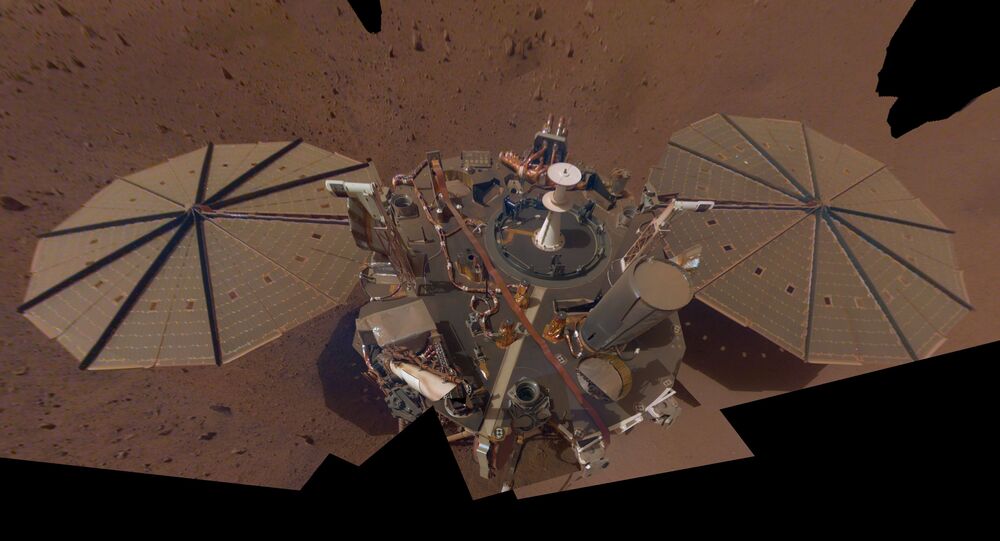 The Interior Exploration using Seismic Investigations, Geodesy and Heat Transport (InSight) spacecraft of the National Aeronautics and Space Administration (NASA) touched down on Mars back in November 2018 and, since 2019, has been recording hundreds of seismic tremors on the Red Planet - aptly named "marsquakes"

NASA, on Thursday, unveiled a collection of three studies in the peer-reviewed journal Science, detailing InSight data that helped scientists determine the depth and composition of Mars' cust, mantle and core - which was confirmed to be molten.

"When we first started putting together the concept of the mission more than a decade ago, the information in these papers is what we hoped to get at the end," said Bruce Banerdt, Insight's principal investigator at NASA's California-based Jet Propulsion Laboratory. "This represents the culmination of all the work and worry over the past decade."

🔴 New findings using data from our @NASAInsight lander's seismometer reveal, for the first time, details about the deep interior of Mars.

What scientists learned about the depth and composition of the Red Planet's crust, mantle, and molten core: https://t.co/jF1tk7vtUq pic.twitter.com/bq5K9H74dT

Insight's seismometer, dubbed the Seismic Experiment for Interior Structure (SEIS), recorded 733 distinct marsquakes since 2019, and 35 of those were, according to the new data, were used for the three reports. Because seismic waves change based on the material they encounter, scientists are able to use these variations to determine the planet's inner structure.

Simon Stähler, of Swiss university ETH Zurich and lead author of the paper on Mars' core, called the study a "once-in-a-lifetime chance."

It is worth noting that Mars has no tectonic plates like that of Earth. Furthermore, none of the quakes registered above a 4.0 magnitude level.

I’ve mapped the interior of Mars for the first time and found some surprises:

"We’d still love to see the big one," said Mark Panning, lead author of the paper on Mars’ crust. "We have to do lots of careful processing to pull the things we want from this data. Having a bigger event would make all of this easier."

Based on the data, experts have theorized that Mars formed from meteor material and space dust that formed together as it was orbiting the sun.

NASA scientists plan to use this data on Mars to further the modern understanding of how rocky planets, such as Earth, formed.

NASA Warns That Space Debris May Collide With ISS, Russian Space Agency Does Not Confirm the Threat

I Want to Believe: NASA Chief Bill Nelson Says We Are 'Not Alone' After Reading Reports on UFOs