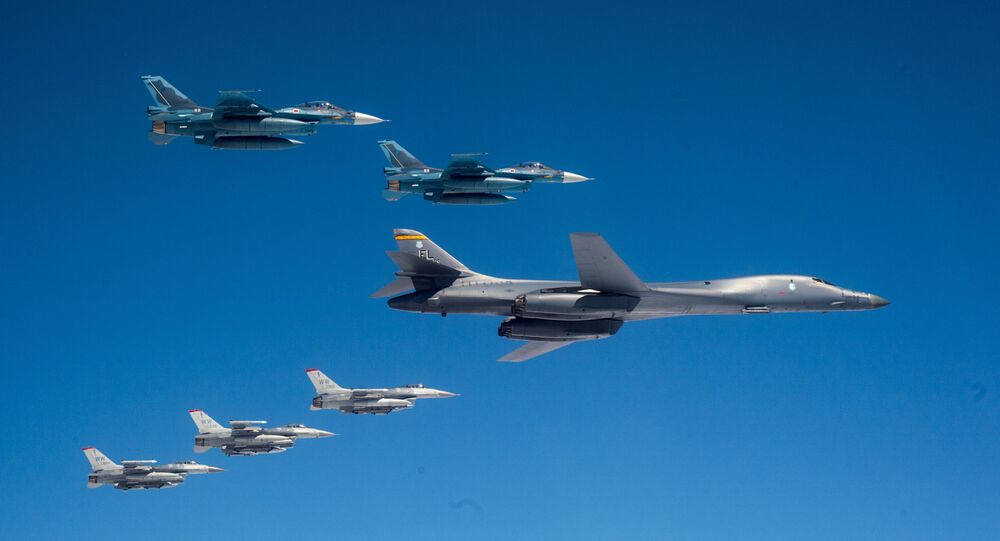 US B-52 Bombers Deployed to Indo-Pacific Region

WASHINGTON (Sputnik) – A group of US Air Force B-52 bombers have been deployed to the Indo-Pacific region to demonstrate commitment to American allies in the region, the US Strategic Command said on Thursday.

The group of bombers will be stationed at the Andersen Air Force Base in Guam, according to the release.

The bombers will participate in training exercises with the Australian Defense Force during Talisman Saber 2021, expected to strengthen a collective ability to support a free and open Indo-Pacific, the release stated.

The US is increasingly concerned with China’s growing military power in the Indo-Pacific region and has reportedly scaled up its presence in the area. In June, it was reported that Pentagon was mulling the deployment of a permanent naval task force in the Pacific Ocean.

US B-52 Bombers Fly Over NATO Countries in 'Message to Russia', Media Claims