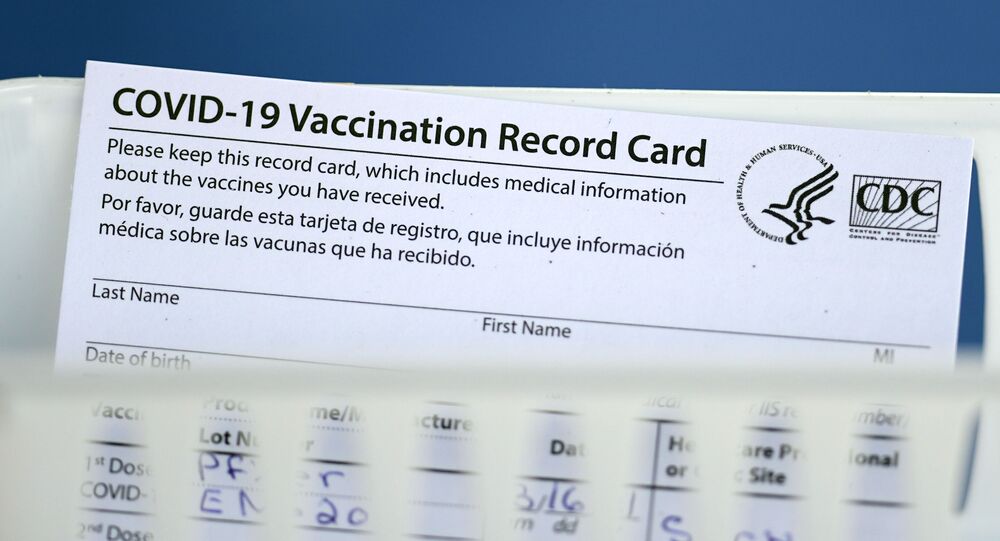 The California case comes less than four months after the US’ Federal Bureau of Investigations issued an alert about scams involving the sale of falsified vaccination cards, warning that offending individuals would be subjected to applicable laws.

A licensed homeopathic physician was arrested and charged in California on Wednesday for allegedly selling fake COVID-19 immunization treatments and falsifying vaccine cards, marking the first such federal criminal fraud case for prosecutors.

The US Department of Justice has identified the physician as 41-year-old Juli A. Mazi of Napa, California. She is presently charged with one count of wire fraud and one count of false statements related to health care matters.

A criminal complaint released by the department states that officials were informed of Mazi’s alleged scheme in April after a tipster made a call to the hotline of the Department of Health and Human Services Office of Inspector General.

The unidentified individual told officials that relatives had allegedly purchased from Mazi COVID-19 homeoprophylaxis immunization pellets and falsified vaccination cards that stated the specified individual had been given the two-dose Moderna vaccine.

It is alleged that the date listed on the cards aligned with the day that the pellets were ingested. The cards also included lot numbers to a specific Moderna vaccine package.

Prosecutors outlined in court documents that Mazi is said to have claimed that consuming pellets containing small amounts of the COVID-19 virus would effectively provide a “lifelong immunity” from the respiratory disease. She is also alleged to have encouraged customers to pass along the pellets to children, including babies.

“This defendant allegedly defrauded and endangered the public by preying on fears and spreading misinformation about FDA-authorized vaccinations, while also peddling fake treatments that put people’s lives at risk,” Deputy Attorney General Lisa O. Monaco said in a statement released by the Justice Department.  “Even worse, the defendant allegedly created counterfeit COVID-19 vaccination cards and instructed her customers to falsely mark that they had received a vaccine, allowing them to circumvent efforts to contain the spread of the disease.”

“The investigation revealed that Mazi used the COVID-19 pandemic as an opportunity to expand her pre-existing immunization scheme and capitalize on a national emergency for her own financial gain,” the complaint explains.

If convicted, Mazi could face as much as 20 years behind bars on the wire fraud charge and five years on the false statements offense. However, both charges carry a maximum $250,000 fine and three years of supervised release.

‘We May Never Know' COVID-19 Origins, Claims Scientist Who Failed to Find 'Smoking Gun' of SARS