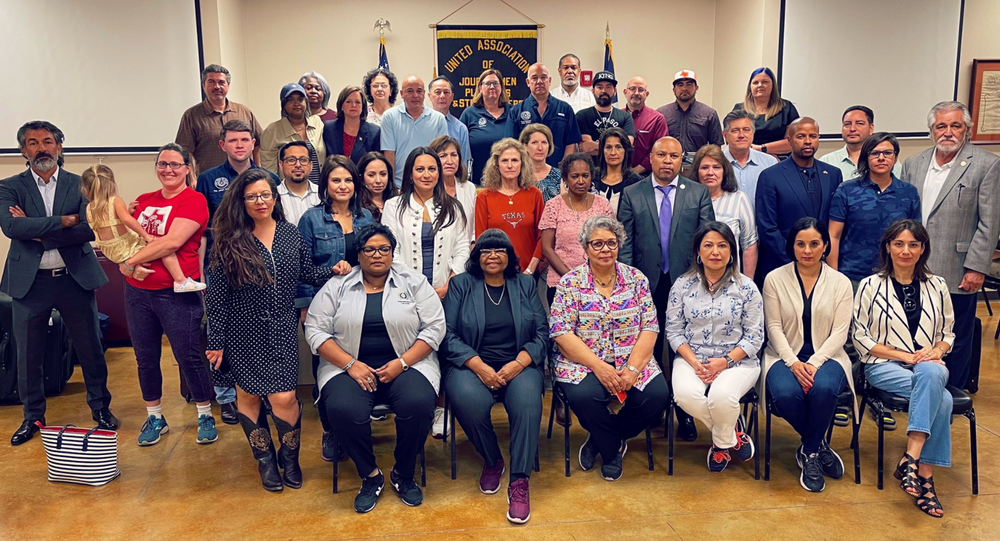 In a similar move back in May, Texas Democrats triggered the end of a state legislative session and blocked voting for a GOP-backed voting reform bill when they walked out of the chamber. Governor Greg Abbott (R) responded to the move by vetoing a section of the state budget bill, effectively slashing the budgets of thousands, including lawmakers.

Dozens of Democrats in the Texas House of Representatives boarded two chartered flights bound for Washington, DC, on Monday in an effort to prevent their legislative chamber from reaching quorum to vote on a number of items, including a GOP-backed bill with voting restrictions.

While an official headcount has not been held at the time of this article's publication, at least 51 of the 67 state representatives are taking the trip, according to the Texas Tribune. Exactly 51 lawmakers would have to be absent from the chamber in order to break the quorum.

"My Democratic colleagues and I are leaving the state to break quorum and kill the Texas voter suppression bill," tweeted Democratic Texas Rep. James Talarico. "We’re flying to DC to demand Congress pass the For The People Act and save our democracy."

The Texas voting reform legislation - Senate Bill 1 and House Bill 3 - come as Texas Republicans' latest effort to ban 'drive-thru voting' and enhance restrictions on mail-in voting and other initiatives enacted across the state during the height of the COVID-19 pandemic in the US.

The legislation also calls for new ID requirements for mail-in voting, added protections for partisan poll workers and the ban of 24-hour voting locations, which were set up to assist those who are working during the usual hours of polling.

Responding to the lawmakers' departure, Gov. Abbott, a Republican, said that Democrats were inflicting "harm on the very Texans who elected them to serve."

He also asserted that while they traveled in their "cushy private planes," Texans in their respective districts were being left without the passage of legislation that could help them, "such as property tax relief and funding for children in the state's foster care system."

House Speaker Dade Phelan (R), who leads the chamber, declared in a statement that the chamber "will use every available resource under the Texas Constitution and the unanimously-passed House rules to secure a quorum to meaningfully debate and consider."

US Vice President Kamala Harris, a Democrat, said on Monday that she admires the "extraordinary courage and commitment" of the Texas Democrats abandoning their duties in protest of the reform bill.

"I applaud their standing for the rights of all Americans and all Texans to express their voice through their vote unencumbered," Harris remarked while speaking at a voting rights meeting in Detroit, Michigan, according to CBS News' Tim Perry.

"They are leaders who are marching in the path that so many others before did," she added. "When they fought and many died for our right to vote."

A number of the items included in the proposed legislation were taken from Senate Bill 7, the original bill that was left behind after Texas Democrats broke quorum in May. At the time, a number of Democratic Texas lawmakers declared that many elements of SB 7 did not align with the democratic principles of the US.

"A lot of us view these efforts, the 'election integrity' efforts, as an attack on our democracy," Democratic Texas Rep. Jon Rosenthal told ABC13. "That, to me, is not just an attack on democracy. If we have that going on, that's the end of democracy."

Under the proposed legislation, it would be easier for one's vote to be dismissed over voter fraud suspicions.

© REUTERS / Mikala Compton
Voting rights activists gather during a protest against Texas legislators who are advancing a slew of new voting restrictions in Austin, Texas, U.S., May 8, 2021

Abbott slammed the Democrats' walkout back in May, and moved to punish thousands of government-affiliated staffers by vetoing Article 10 of the budget passed by the legislature.

"Funding should not be provided for those who quit their job early, leaving their state with unfinished business and exposing taxpayers to higher costs for an additional legislative session," the Texas governor said in a statement. "I therefore object to and disapprove of these appropriations."

However, it is unlikely that the state lawmakers will be missing their funds that much when the budget launches on September 1, as lawmakers only receive $600 per month via Article 10. Instead, a number of individuals who work out of the Capitol will be impacted, such as legislative staffers, support services and other individuals who were not elected, and do not make state laws.

The veto was panned by a number of individuals who questioned the constitutionality of his veto. Even fellow Republicans took issue with the move.

"My concern is how it impacts staff, especially those who live here in Austin, which is not an inexpensive place to live and raise your family and children," House Speaker Phelan, who was a former legislative staffer himself, told the Texas Tribune. "And the agencies it impacts — Sunset, Legislative Reference Library, Lege Council — I’m just concerned how it impacts them because they weren’t the ones who decided that we were gonna break quorum, it wasn’t their decision, right?"