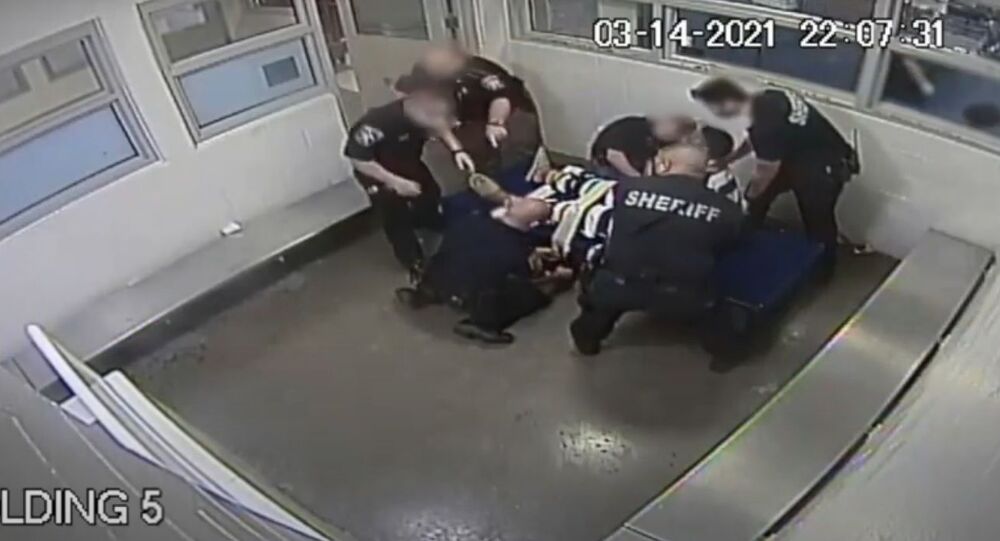 On 14 March, a twenty-six-year-old African-American man, Marvin Scott III, died in a pre-trial detention centre, after he was arrested on a drug possession charge.

The video shows how Marvin Scott was extracted from a cell in the booking area. He's taken to another cell and placed on a restraint bed. While trying to place him on the bed, one officer pepper-sprays him and another uses a pressure point control technique on his neck and places a spit hood over Scott’s head.

When he was placed on the restraint bed, he became unresponsive. The man was taken to the nearest hospital, where he was pronounced dead.

Scott's family, who had previously seen the video after his death on 14 March, has described the footage as "horrific" and insisted that it clearly shows him in a mental health crisis. He had previously been diagnosed with schizophrenia.

At a press conference, the mother of the deceased said: “We want to know how my son died! We need answers!"

In April 2021, the county's chief medical examiner announced that the cause of Scott's death was homicide. Law enforcement officials implicated in the man's death were fired from the department, but in June 2021, a jury refused to press charges against former prison staff, which means they will not face any charges.