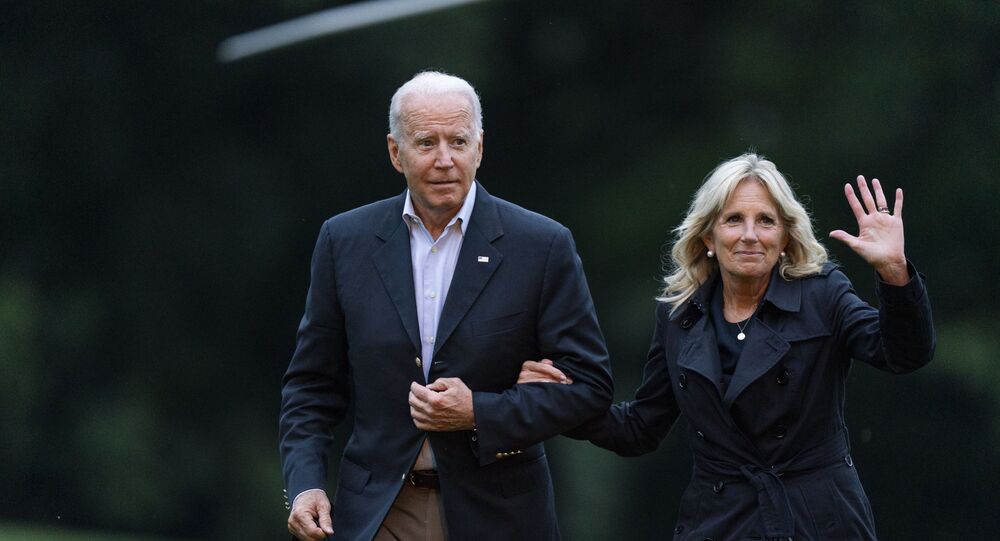 The US President made two bizarre jokes on the same topic in one day, and many would suspect he had real issues at home (in the White House).

Jill Biden apparently has one tool at her disposal for punishing her husband, the president, when he disagrees– and this is to send him to sleep alone in the Lincoln Bedroom.

Joe Biden joked on the topic as he welcomed the Major League Baseball World Champion Los Angeles Dodgers at the White House on Friday.

Commenting on Kamala Harris’ remark that her husband Doug Emhoff had come home wearing a Dodgers jersey the night before (she supports a different team) Biden said that he has encountered the same problem with his own spouse.

“My wife is a Philly girl from her belt buckle to her shoe soles.  And if — if I root for anybody but the Phillies, I’ll be sleeping in The Lincoln Bedroom alone,” Biden quipped.

"My wife is a Philly girl... If I root for anyone but the Phillies, I'll be sleeping in the Lincoln Bedroom alone"@6abc@POTUS@FLOTUS#Phillies pic.twitter.com/pQ49gtSbxd

It would have been simply a funny joke if Biden hadn't repeated it… on the same day.

Speaking to the National Education Association later on Friday, the US President praised the organisation, which his wife is a part of, as “indispensable”. After all, it is one of top donors to Democrats, according to numbers given by the Center for Responsive Politics.

To raise the issue of being punished by his wife for not sticking to her way of thought or her baseball preferences… well it seems something was really going on in Biden’s mind at the moment.

“I'll bet Joe Biden sleeps in the Lincoln Bedroom every night,” one user joked on Twitter.

It looks like Biden just showed the public once again he was not the one in charge (well, at least not in his family). But there is no need to overthink too much here – maybe Biden simply loved the joke.