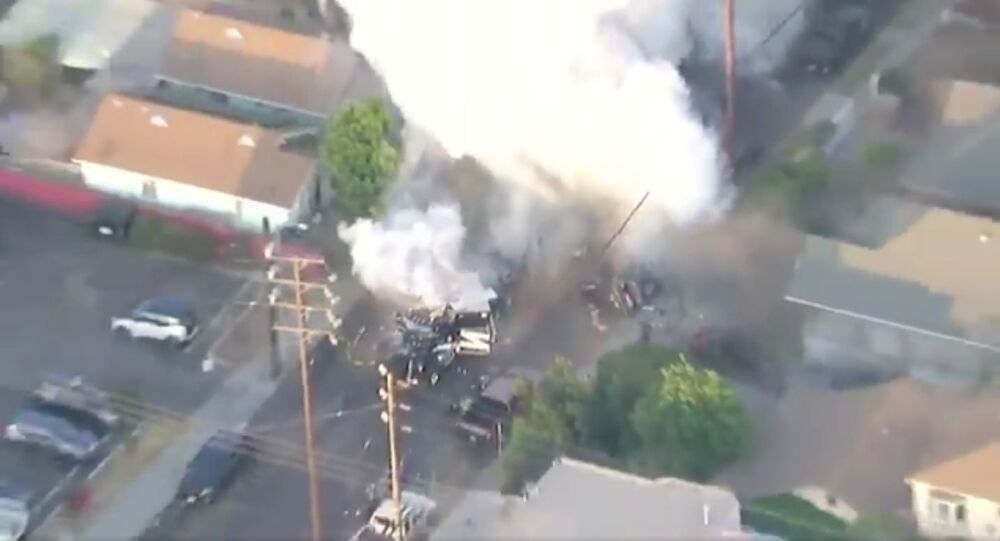 The police found a warehouse of unauthorised fireworks belonging to a 24-year-old local resident, according to LA's ABC television network affiliate.

At least 17 people, including police officers, were injured in an explosion that occurred after police attempted to safely detonate illegal fireworks in Los Angeles.

Videos and photos of the blast have surfaced on social media, showing the scale of the damage caused by the detonation.

​The explosion damaged the nearby buildings, as well as the vehicle, with more than two tonnes of fireworks.

EXPLOSION! LAPD was disposing of illegal fireworks in South LA when the explosion occurred. At least 5 are injured. @KTLA @heli_CvP pic.twitter.com/99e9TzVtOr

​"Our Bomb Squad officers were in the process of seizing over 5,000 pounds (2.268 tonnes) of illegal fireworks in the area of 27th Street and San Pedro. Some of the fireworks were being stored in our Bomb Squad trailer as a precautionary measure. Unknown at this time what caused an explosion," the Los Angeles Police Department said on Twitter.

I don’t think it was supposed to happen like this! LAPD detonated those illegal fireworks on scene and the explosion seriously damaged the bomb squad truck took out several nearby cars! People inside a home may be injured as well 😰 @CBSLA @JeffVaughn @CBSLAsuzie pic.twitter.com/swUVlodoWi

​Residents of neighbouring houses were evacuated, and all the injured were taken to hospital.

According to reports, one person was detained on suspicion of careless storage of explosive devices.

The reasons for the incident are being clarified.