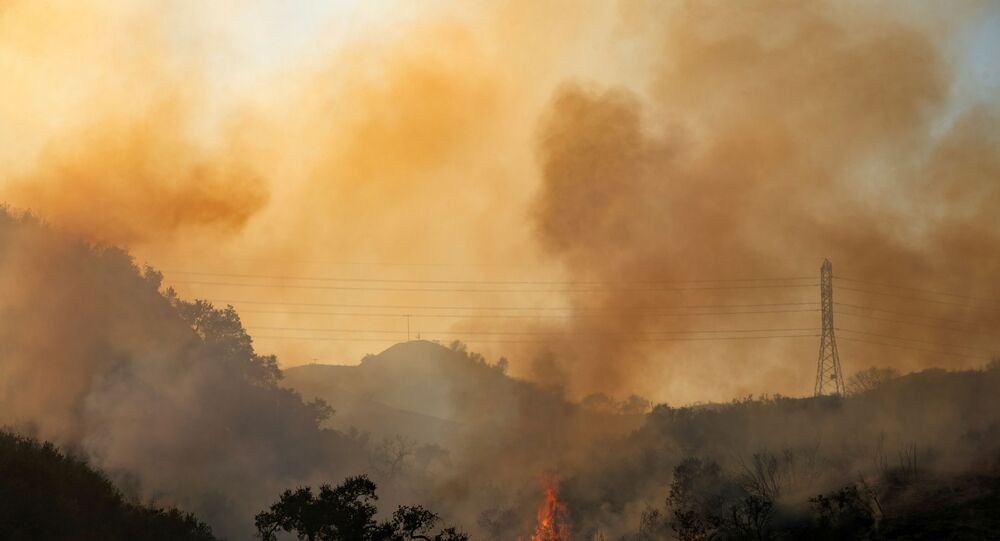 WASHINGTON (Sputnik) - US President Joe Biden said on Wednesday that the threat of wildfires this year is as severe as it has ever been.

"The threat of western wildfires this year is as severe as it's ever been", Biden said during a roundtable event with governors from states in the western United States.

The president added that extreme temperatures this summer are amplifying the threat of US wildfires and the federal government must act fast.

There are currently some 36 uncontained wildfires burning in the western United States and about 9,000 firefighters deployed throughout the region to fight them, Biden said.

Biden announced the federal government will use satellite technology to help detect wildfires, boost aviation assets, ensure there are more than 15,000 federal firefighters on standby, and increase wages for firefighters to more than $15 an hour, among other initiatives.

Last year, California suffered a record-breaking fire season, with an estimated 4.3 million acres burned, about 4 percent of the entire state, according to CAL FIRE.