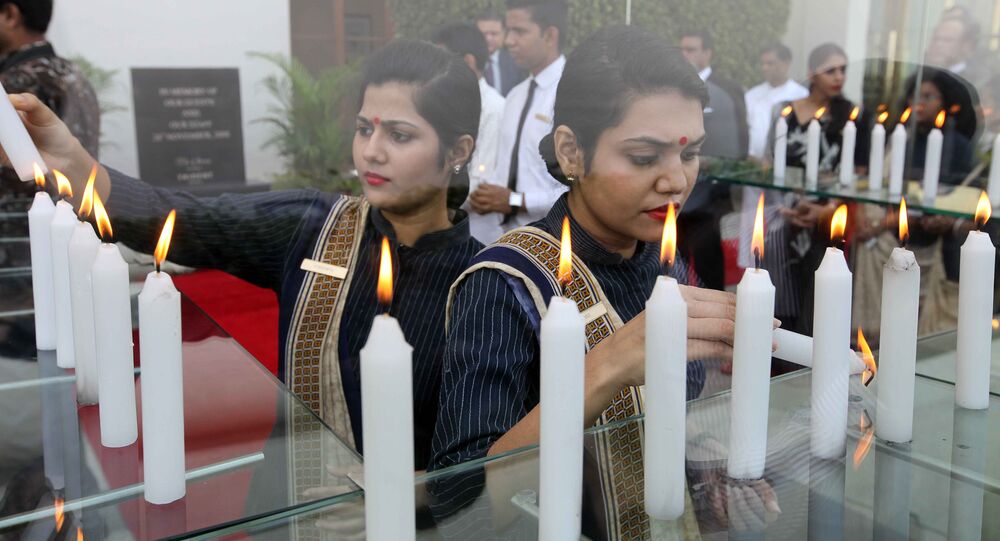 NEW DELHI (Sputnik) - A US federal court will on Thursday conduct an in-person hearing on the extradition of Pakistani-born Canadian businessman Tahawwur Rana, who is sought over his involvement in the 2008 Mumbai terrorist attack, according to court papers.

The extradition hearing, conducted at the request of the Indian government, will be held at the US District Court for the Central District of California in Los Angeles. It is set to start at 01:30 p.m. local time (20:30 GMT).

© AP Photo
Maharashtra State Chief Compares Delhi University Violence to 2008 Mumbai Terror Attack
A team of officials from India has already arrived in the US for the court proceedings.

Rana was rearrested in Los Angeles in response to an extradition request filed by India, where he is declared a fugitive, last June. Apart from involvement in the terrorist attack, he is being prosecuted for the conspiracy to commit murder and forgery for the purpose of cheating, among other offences.

In late November 2008, the Lashkar-e-Taiba terrorist group (banned in Russia) staged a series of shooting and bombing attacks in the biggest Indian city, Mumbai, leaving more than 170 people dead and over 300 injured.