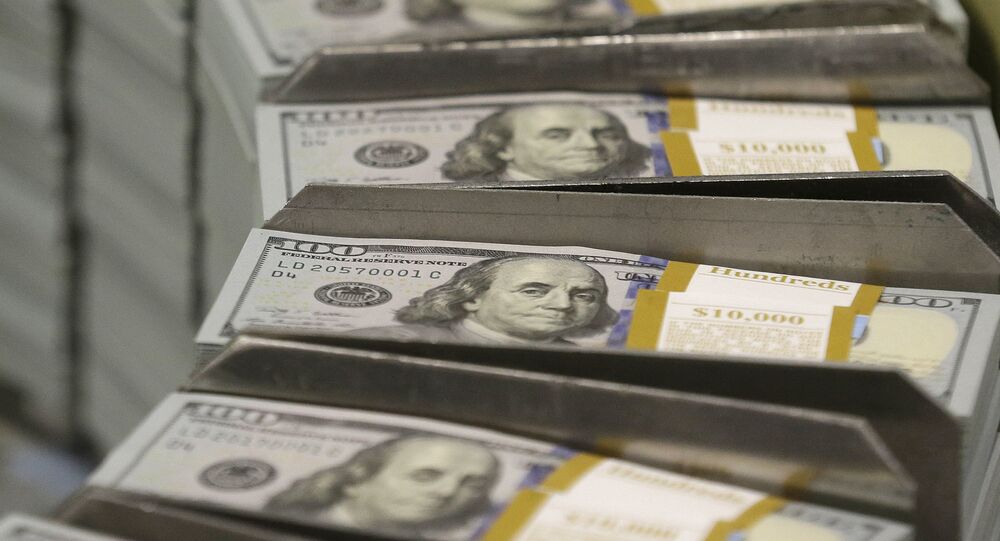 Earlier, a ProPublica report revealed that some American billionaires, including Amazon founder Jeff Bezos and business magnate Elon Musk, pay minimal income taxes when compared to the majority of Americans, despite having vast wealth at their disposal. The report, based on tax data obtained through an anonymous source, quickly raised alarms.

Abigail Disney, heiress to the Walt Disney Company, recently argued that the US economy is presently on an “upside down structure,” as the country’s most wealthy are given legal avenues to dodge high taxes while working Americans are struggling to make end’s meet.

No stranger to the concept of generational wealth, Disney is the granddaughter of Roy Disney, who co-founded the company with his younger brother Walt and served as its first CEO. Her net worth is said to be about $120 million, of which a significant portion was made available to her at the age of 21.

Although the heiress has immensely benefited from the comforts afforded by her family’s wealth, she is an avid supporter of increasing taxes on the wealthy. In fact, she is a member of the Patriotic Millionaires, a group of rich Americans who call for the restructuring of the US tax system to level out the playing field.

Disney touched on wealth inequality during a Tuesday appearance on CNN’s “New Day” program, highlighting the avenues currently in place that allow the rich to grow their wealth while also sidestepping the tax man.

"The fact is that people are sitting on their rear ends on their couches earning and not paying taxes on money while people are going out every day to a job and working their butts off just to make ends meet,” Disney told host Brianna Keilar. “And that just seems like an upside down structure.”

The Disney heiress appeared on the show to discuss a recent opinion piece that she published in The Atlantic in response to a ProPublica report that revealed how various American billionaires skirt their way around having to pay hefty income taxes. The op-ed specifically details how Disney became an asset manager at a young age, and was taught by family and financial advisers how to maintain her wealth all while legally minimizing her tax obligations.

“One of the assumptions was that you would work very hard in your lifetime to take what you inherited and turn it into more so that your children would have more than you had,” Disney told Keilar, noting that some financial practices that are “so downright mundane and commonly applied that most rich people don’t see them as unethical.”

Disney noted that some of those business practices included “offsetting income with losses in unrelated businesses” and “structuring assets to grow rather than generate income, then borrowing against those growing assets for cash need.”

“It really is time for wealthy people to ask themselves some hard questions,” she later underscored.

The heiress’ remarks came after a new analysis by the Institute for Policy Studies found that a majority of US dynasties have maintained their financial standings because they hoard their wealth as opposed to actively generating new funds. The findings also showed that 27 of the top families listed on the Forbes 400 list in 1983 were also included in the Forbes Billion-Dollar Dynasties list in 2020.