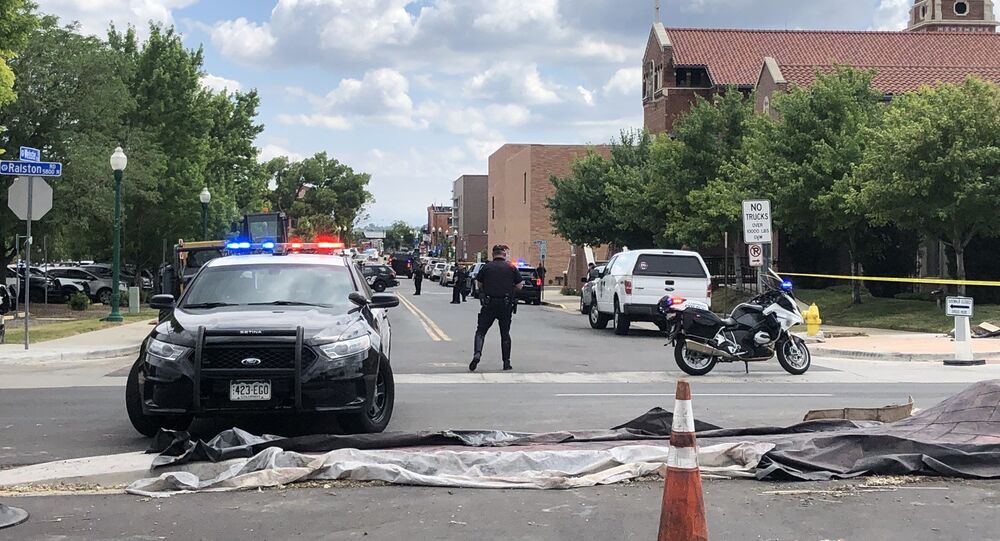 The circumstances of the shooting were not immediately disclosed, but authorities said no one else is thought to have been involved. The 19-year veteran police officer was shot to death. The identities of the shooter and the other victim have yet to be revealed.

A veteran law enforcement officer was shot and killed along with another person in Arvada, Colorado (a Denver suburb) on Monday before the perpetrator was fatally shot by police, local police said at a press briefing.

According to Deputy Chief Ed Brady, the officer, confirmed as Gordon Beesley, responded to a call about a suspicious occurrence near the library in Arvada at 1:15 p.m., and approximately 15 minutes later, a 911 call came in regarding shots fired and the officer being hit.

The authorities said another individual shot by the suspect was transferred to a local hospital where he later died. The assailant was shot and killed by the police.

Beesley worked as a school resource officer at the local Oberon Middle School, but while school was out for the summer, he worked in the patrol division.

Dozens of Colorado police officers gathered on Monday evening to form a procession to transport the slain officer's body from the crime scene to the Jefferson County Coroner's Office. And more than a hundred people gathered in the area to pay their respects to the officer.

​According to videos and photos posted by local reporters some time after the shooting, a detachment of police bomb squads was seen on Allison Street.

There's a bomb squad outside a home on the 5200 blk of Allison Street in Arvada. We are working to find out if this is connected to the shooting earlier today. About 5 minutes ago I heard what may have been a flash-bang and officers yelling. @KDVR pic.twitter.com/71ve34eeln

​The Arvada officer is the second Colorado policeman to die in the line of duty this year while responding to a shooting. Officer Eric Talley of the Boulder Police Department died on 22 March while responding to a mass shooting at a local grocery store. The incident took place around 32 km (20 mi) northwest of the city, and 10 people lost their lives as a result.

At least three other cops in Colorado have been shot and survived while responding to events this year, according to reports.