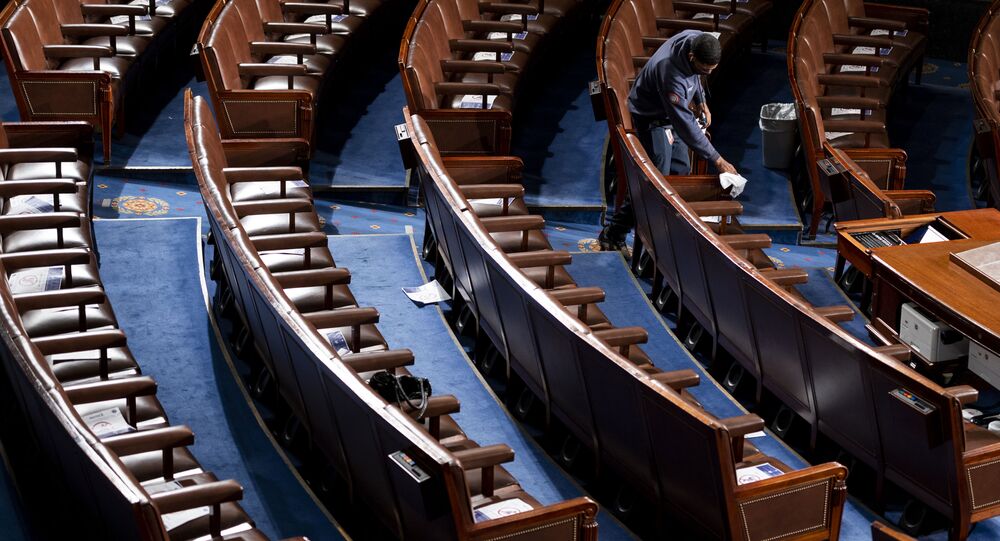 ‘Every Avenue Possible’: NRCC Says It Will Be Accepting Cryptocurrency Donations

Some big businesses have already invested huge sums into digital currencies, acquiring cryptocurrency assets, and the tendency seems to be spreading across political actors too. Meanwhile, financial regulatory authorities have been stressing their concern about the lack of transparency of transactions made in crypto.

The National Republican Congressional Committee (NRCC) will now accept contributions in cryptocurrency, according to a statement issued by members on Thursday and shared by Axios.

“The NRCC is proud to lead the charge in accepting cryptocurrency campaign contributions,” committee chairman and US Representative Tom Emmer announced.

He noted that the group is determined to use "every avenue possible to further" its goal of stopping what the political actors describe as US Speaker of the House Nancy Pelosi’s “socialist agenda and retaking the House majority."

“This innovative technology will help provide Republicans the resources we need to succeed,” Emmer concluded.

The statement also said that the NRCC would process donations in crypto via the BitPay platform before exchanging the money into dollars to place it into the committee’s bank account.

This mechanism will not imply any possession of cryptocurrency by the NRCC, however, which means that the move can allow the committee to evade the $100 limit imposed by the Federal Election Commission (FEC) on crypto donations, and collect up to $10,000 annually.

The NRCC stressed, at the time, that it would identify all contributors who donate in crypto, regarding a growing concern from US financial regulators about the lack of clarity surrounding the use of digital currency.

The move makes the group the first political party committee to accept crypto funds, alongside a number of political candidates including Democratic presidential candidates in 2020 Rep. Eric Swalwell and Andrew Yang.

The FEC earlier expressed concerns over this trend, saying that it contradicts law that regulates the financing of political campaigns. As cryptocurrencies are appreciated for their confidentiality and independence from regulation, they are ideal for those who seek to circumvent laws on financing political parties, the agency pointed out.